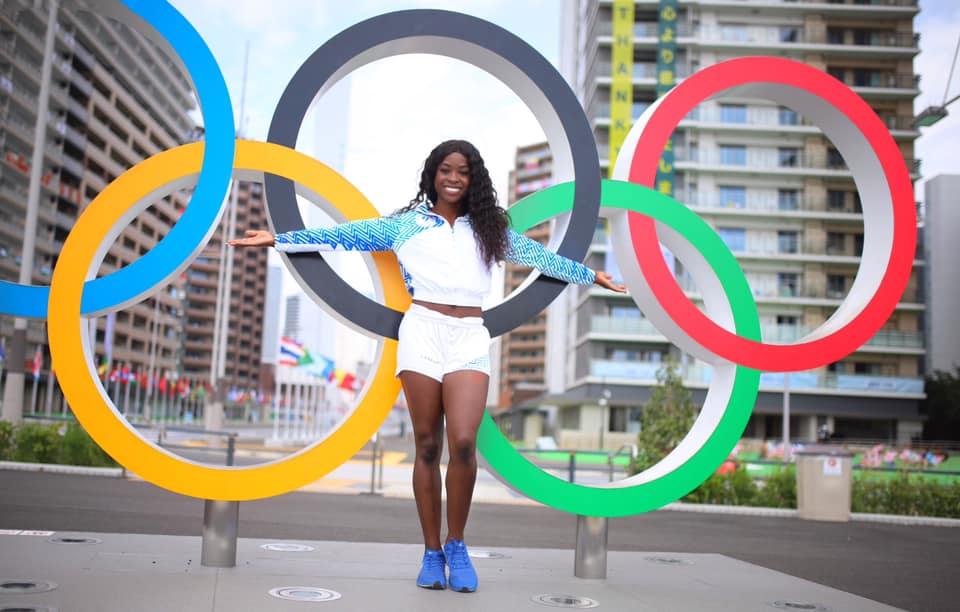 In Japan, Sierra Leonean sprinter, Maggie Vanessa Barrie, has been eliminated from the 100 meters women’s heat in the ongoing 2020 Tokyo Olympic Games.

The sprinter who competed in two rounds of the race was eliminated on the second round of the 100 meters. In the first heat of the race, she ran the 100 meters in 11.53 seconds and finished second out of nine competitors, which qualified her for the next round.

Later on, in the second round, Maggie was eliminated after she finished in the 7th position, running for 11.45 seconds. However, the sprinter has taken to her social media to express her gratitude to the Almighty for reaching that far in this year’s Olympics as she claims this season is one of her best and she gave her everything to achieve that.

“Well, that’s it. It hurts not to make it to the next round. But I got a season-best and gave everything I had in my whole body and soul in that race. God turned this situation into a blessing. Thank you, God, for letting me become an Olympian and giving me this experience. Thank you to everyone who commented, supported, and sent love. It means so much to me,” she stated.