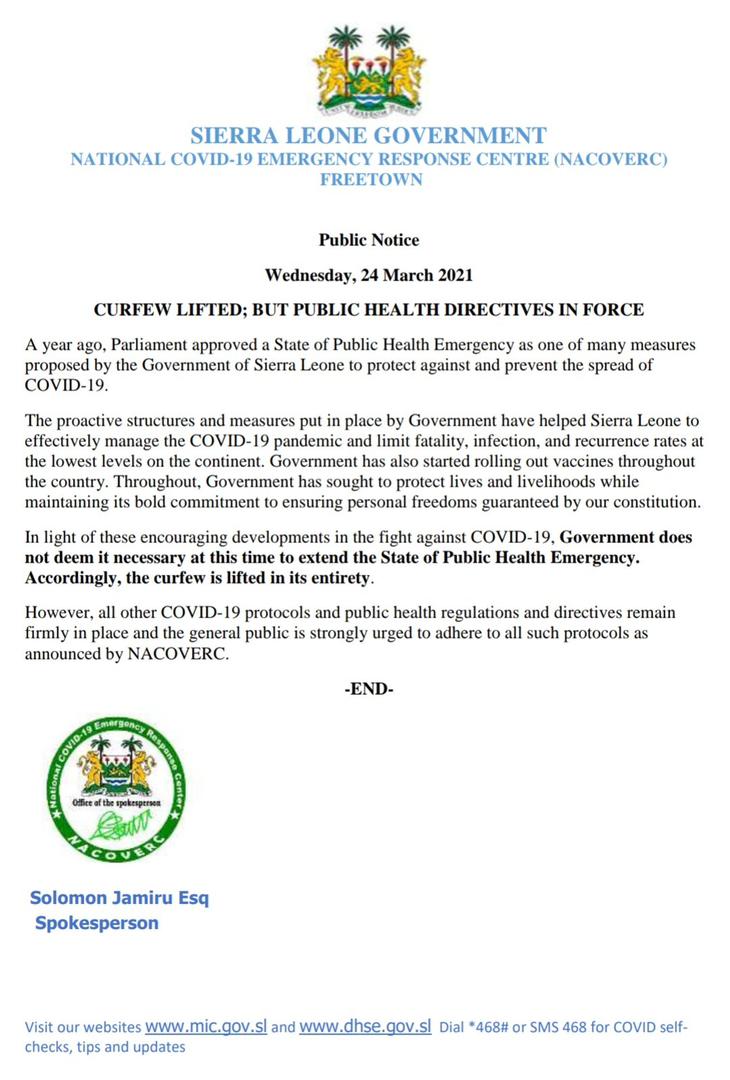 The National Covid 19 Emergency Response Center (NACOVERC) has in a press statement released on Wednesday, March 24, 2021, announced the lifting of the country’s nationwide curfew and the ending of the 12 months State of Public Health Emergency.

According to the release, the state of public health emergency helped the government in managing the pandemic by limiting fatality and infection rate. The release further states that the government has started the rollout of vaccines throughout the country.

On this day in 2020, with zero cases President Julius Maada Bio declared a 12-month public health emergency to tackle the coronavirus pandemic and after cases were recorded a nighttime nationwide curfew was also declared later.

Other measures like local and international travel restrictions, inter-district lockdown, nationwide lockdowns, no nightclubs operation, no entertainment activity, reduction of the number of persons in worship centers were also introduced.

However, it’s almost a year since Sierra Leone recorded its index case of the pandemic and a total of 3,953 confirmed cases, with 2,796 recoveries and 79 deaths have been recorded.

However, NACOVERC also stated that all other Covid 19 protocols and public health regulations are still in place and the general public is encouraged to adhere to them.