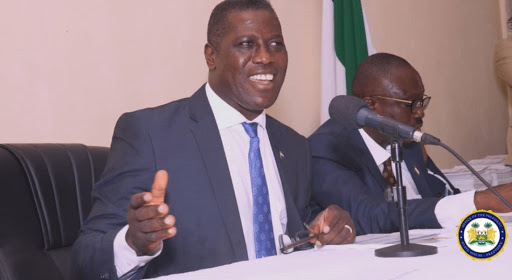 The office of the Chief Minister in Sierra Leone has in a press release issued on Tuesday, February 16, 2021, reacts to allegations of spending SLL 34.2 billion (USD 3.4 million) on media consultancies and travel per diems within the last two and half years.

This came after the Africanist Press published an article on Sunday, February 14, 2021, accusing the office of spending huge sums of money on travel per diems and procurement of goods and services and that they did not go through an official competitive bidding process with open requests.

The publication also indicates that financial records at the minister’s office show that several transfers of hundreds of millions of Leones were made to foreign media agencies and technology companies in Europe, China, and the United States. These transfers were made for consultancy services, public relations, and information technology products, and the services were ever advertised or put up for an open bid.

According to the press release, “all funds allocated have gone through the Ministry of Finance’s normal budgetary processes, ratified by Parliament and allocated to all the respective Agencies, Commissions and Units within the Office of the Chief Minister which are verifiably and credibly accounted for through the normal internal and external audit processes and mechanisms.”

Finally, the press release states that all procurement undertaken by the office of the Chief Minister was done in accordance with the Procurement Act of 2016 and it has been confirmed by the National Public Procurement Authority (NPPA).