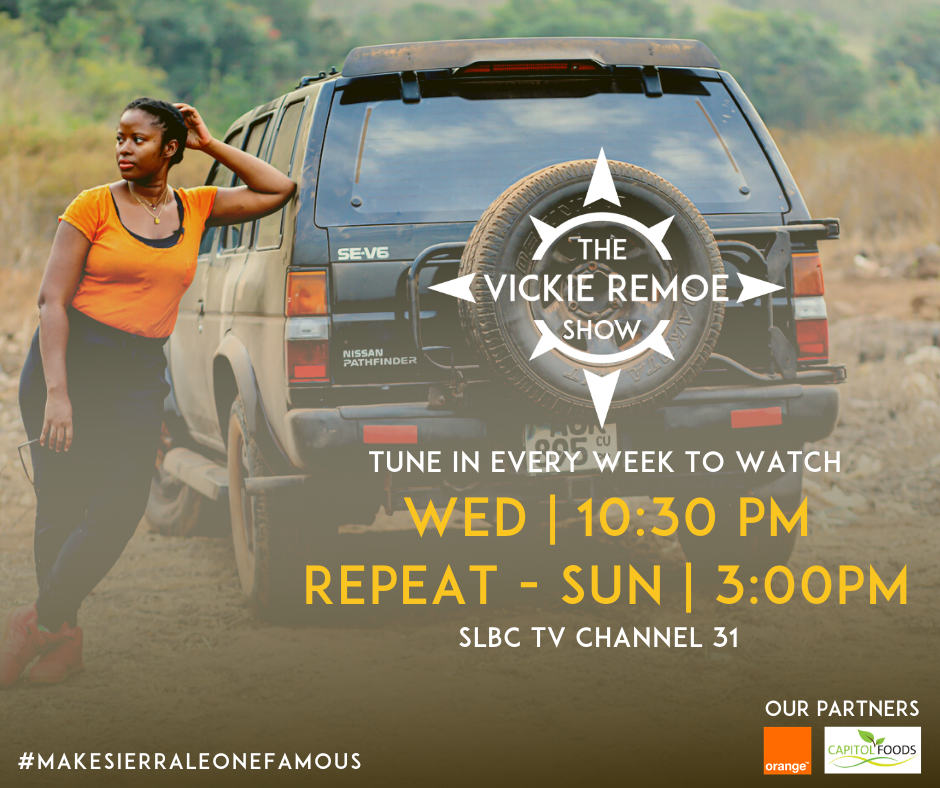 On Wednesday, September 2, 2020, the only traveling TV series in the country, the Vickie Remoe Show premiered its season VI, with a campaign to “Make Sierra Leone Famous.”

The show which airs on SLBC TV (Channel 31) features all 16 districts in Sierra Leone and it solely promotes local stories around culture, tradition, landmark, business, history, and lifestyle in the country. In the first episode, host Vickie Remoe takes a two-day tour inside the Gola Rainforest National Park in Kenema District, Eastern Province, Sierra Leone.

Don’t forget to watch the repeat broadcast of episode one on Sunday, September 6, 2020, at 3:00 pm on SLBC TV (Channel 31). Also, take an adventure to watch other episodes every Wednesday on SLBC also, at 10:00 pm.