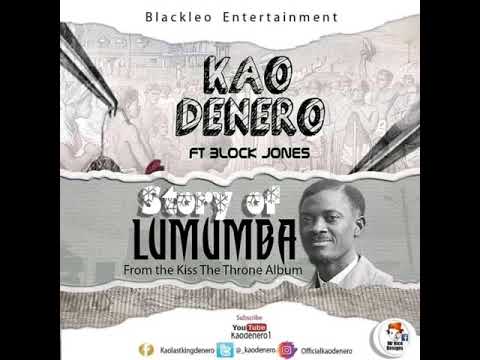 “The Story of Lumumba” with Block Jones is the latest music video from Kao Denero.

The song is part of Kao Denero’s “Kiss the throne” album which was released in April this year. Its video was filmed by Young Barkish Creative and the audio was produced by Mic Junho.

The video was shot at York Village, one of Sierra Leone’s oldest settlements and its features characters like Nasser Ayoub, Ibrahim Sorious Samura, Ibrahim Kamara (Patrice Lumumba), and others. It shows how Patrice Lumumba was apprehended without any offense, sent to jail, and later killed.

Meanwhile, Kao Denero “Kiss The Throne” album has reached over 165 thousand streams on Audiomack and more than 100 thousand views on YouTube.