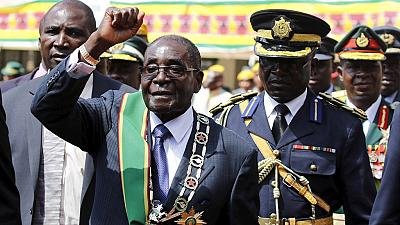 The former president is said to have had been receiving treatment in a hospital in Singapore since April. In 2017, Mugabe was ousted in a military coup after 37 years in office.

His successor, Emmerson Mnangagwa, expressed his “utmost sadness”, describing Mr. Mugabe  ‘as an icon of liberation’. Several heads of state have also sent tributes to the former leader. Mugabe who was a former political prisoner turned leader came to power in the 1980 elections after a growing rebellion and economic sanctions that forced the white minority colonial government to the negotiating table.

He was a Zimbabwean revolutionary and politician who served as Prime Minister of Zimbabwe from 1980 to 1987 and then as President from 1987 to 2017. He chaired the Zimbabwe African National Union (ZANU) group from 1975 to 1980 and led its successor political party, the ZANU – Patriotic Front (ZANU–PF), from 1980 to 2017.

Mugabe was born on February 21, 1924, into a Catholic family at Kutama Mission northwest of Harare.

His first wife was Sally Mugabe who was the First Lady from 1987 until her death in 1992.

Grace is the second wife of former Zimbabwean President Robert Mugabe. She served as the First Lady of Zimbabwe from 1996 until her husband’s resignation on November 2017, a week after he was ousted from power.

What you need to know about SierraLeone’s #Covid19...