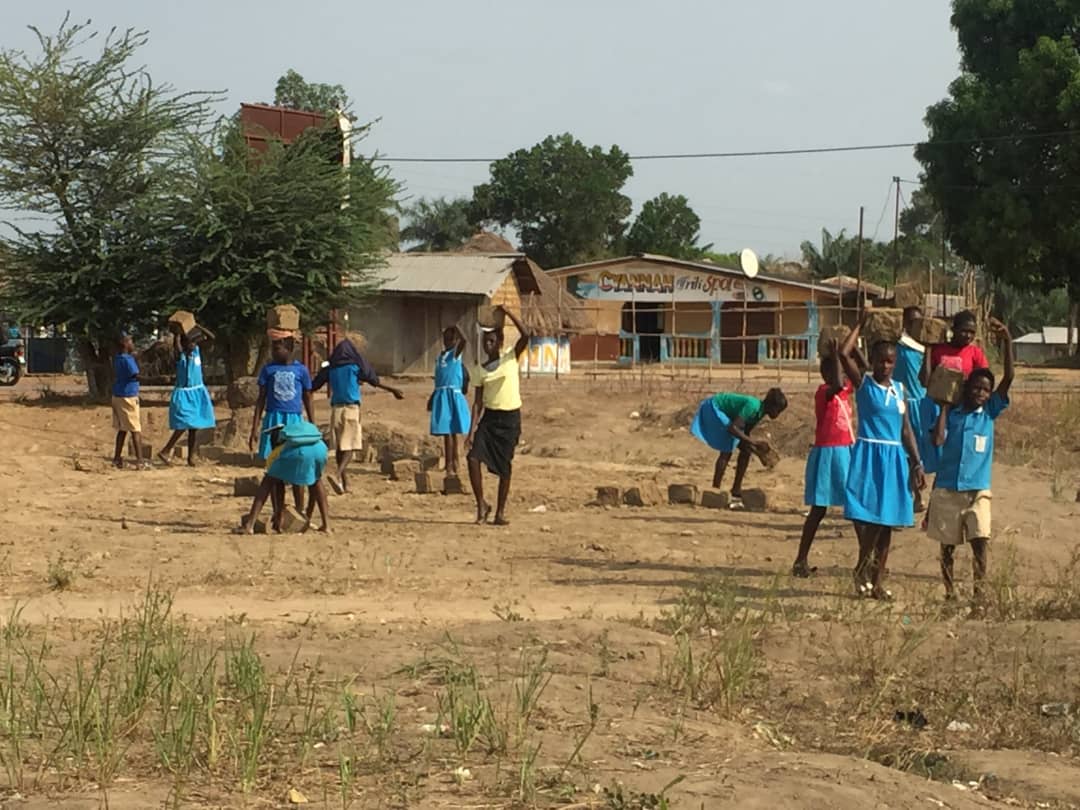 Pupils from the Sierra Leone Muslim Brotherhood primary school Lunsar has resorted to manual labor to see the erection of their school structure.

SLMB is a Government assisted primary school in Lunsar that was founded in 1963.

Speaking to switsalone, the head teacher of the school Mr Ibrahim S. Kamara said the school has been operating on a single structure and the population has tremendously increased.

In order to curb the population crisis teachers from the school has decided to construct a new structure. He added that the supporting structure they have been using is gradually falling apart, because it was constructed with clay, sticks and palm leaves .

”It’s a community development project that has been funded 100 percent by the teachers so far without any assistance from a single parent” the head teacher said. The building was started with just a term subsidy he continued.

Alimamy Kamara a senior teacher of the school said the school cater for pupils from different communities like Magbaffith, Rokaka, Mayepeh, Rolal, Mayoka Maforay, Mashelleh Romaboi, Rosent and that is one of the reason for it large number. And the lack of structure is seriously affecting the learning outcome of the school.

In order to facilitate the building process the principal from the St. Joseph Vocational Training Centre Bro. Joseph Tarawallie provided students from his institution to assist with labour work to facilitate the on going building.