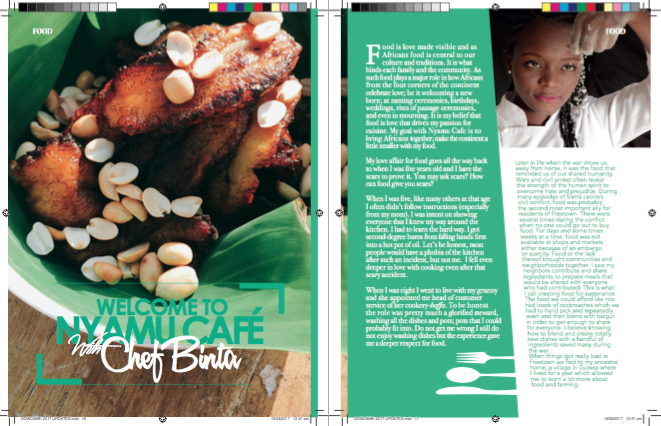 “Later in life when the war drove us away from home, it was the food that reminded us of our shared humanity. Wars and civil unrest often reveal the strength of the human spirit to overcome hate and prejudice. During many episodes of Sierra Leone’s civil conflict, food was probably the second most important ally for residents of Freetown. There were several times during the conflict when no one could go out to buy food. For days and some times weeks at a time, food was not available at shops and markets either because of an embargo or scarcity. Food or the lack thereof brought communities and neighborhoods together. I saw my neighbors contribute and share ingredients to prepare meals that would be shared with everyone who had contributed.”