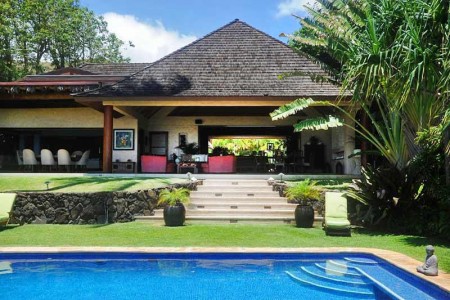 This is just a stock photo of a villa not an actual example of an OAU villa. (Photo Credit: http://www.villasoahu.com)

Government parastatals like the Sierra Leone Housing Corporation (SALHOC) are meant to manage resources and bring revenue into the consolidated fund but because of individual Sierra Leoneans’ refusal to pay their dues this does not happen.

SALHOC just announced that it lost 1 billion leones ($217,000) in the last 2 years because tenants occupying state property refuse to pay their rent. One group of such tenants who have refused to pay SALHOC reside at various villas at the OAU Village Complex at Hill Station in Freetown.

In a report published on Awoko the names of individuals who have refused to pay SALHOC for rent at OAU Village at Hill Station have been listed as follows:

If you know these people please advise them to advise themselves and pay their rent. Na dem all di make wi country noh di go before. This too is corruption.

This is what EPA says is the cause...