Home Diaspora West African Returnee Diaries: To Pay rent or to live in Ghana with the parents
DiasporaPeople

West African Returnee Diaries: To Pay rent or to live in Ghana with the parents 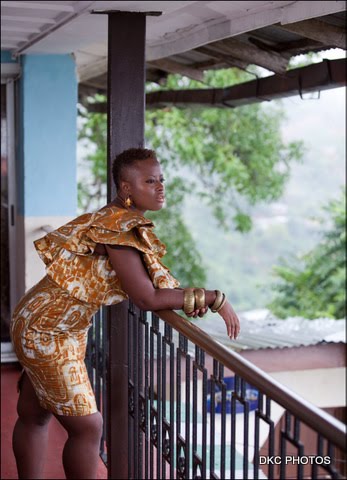 The first time I ever attempted to live alone was in Accra, just a little over a year of moving to Ghana I had my own apartment. My mom helped with my first month’s rent and then I was good to go. The land lady whose compound was on the Oxford Street required that I pay the rent at the end of every month. It was only when I had to move from Osu, that I was hit with the true realities of paying rent in Ghana, and was to forced to reconsider the true costs of leaving my parents’ home.

It felt incredibly empowering to be living on the continent a single woman in her very own home. I didn’t know many other 20 something’s in Freetown or in Accra who were living on their own. And to make the accomplishment even sweeter, I wasn’t even Ghanaian so I was for the most part without a social network of support. I was really feeling like a big girl.

It was a 4 bedroom apartment just opposite of the Photo Club in a dirt compound where an extended Ga family lived and reared their two dozen goats. Now I’m all for animal husbandry but a year into my residency on the Oxford Street and the goats’ cuteness waned, especially after several incidents of opening up the door of my second floor apartment to find goat poop on my veranda. It wasn’t the goats who eventually drove me away though, it was instead the land lady’s daughter. She had a problem with my Airbnb guests and said I should pay more than the $800 I already was because as she put it I was making money. I said, “No problem. I will go. In fact I will go at the end of this very month.”

So that is how it came to be that in October 2014 I was back on the housing market urgently looking for a new place to live. I hadn’t realized how good I had had it with my monthly rent payments until I found a really nice 4 bedroom house in Labone (sans goats) and I was told that the minimum the owner would accept was a year’s rent in advance. I had heard of this “1 year rent advance” business but until now, it was other people’s problem.

Although the ask was still $800 a month the same as my Osu apartment I now had to come up with $9600 before I could move in. This in addition to the $800 finders fee I had to pay the agent who helped me find the place. Yes everything was quoted in dollars, it’s how we do things here in Ghana.

Now I don’t know about you but I didn’t then nor do I now have $10400 just chilling somewhere waiting to be given to a landlord. And unlike that character from African City whose Sugar Daddy paid for her luxury apartment I had just come out of a relationship with another broke entrepreneur. If it was the days of Lagosians courting me perhaps, but who would take a GoWoman seriously if she had a man bank roll her life? Yeah me neither.

So I had two choices; go back to the Osu apartment and beg them to allow me to stay and agree to the new monthly price hike or move back home with mom admitting alas that Africa had gotten the best of me and I wasn’t yet capable of being fully independent. Oh and I suppose there was also the possibility of joining the ladies of the night at Cantonments parading my goods to the highest bidder. But Chale I figured I would long be homeless before prostitution would bring me $10400 when the cedi, like a marble on a hill daily descended to new lows.
What was a girl to do? Give up on Independence? No one would blame me if I moved back home, after all I knew 35 year old unmarried men and women still living at home with their parents in Ghana and back home in Sierra Leone. I mean isn’t it even a perk to be able to live rent free at home with one’s parents? Isn’t that why we move back to Africa? To escape the capitalist hustle bustle of the concrete jungles of New York and London?

If I hadn’t so thoroughly enjoyed living alone perhaps I could have gone back to my mama’s house. However, having my own space from where I could work and be an African woman of leisure felt like I was finally closer to the African dream that had brought me back to the continent for the first time in 2003 and kept bringing me back till I finally packed my bags and left the diaspora.

Being able to live alone just felt right and I wasn’t ready to give it up. So I approached a new Savings & Loans Company for a credit facility so that I could pay the 1 year rent in advance. Within two weeks of submitting all my relevant paper work I was handing over the Ghana cedis equivalent of $10400 to the agent. It was a bitter sweet moment because my media company could have greatly benefitted from such cash injection.

I was happy that I was able to get the loan but quite frankly no financial institution in my home country Sierra Leone would have ever lent me that money. If they did I would have probably had to give a huge pay back to the rent approving officer. As thrilled as I was to be able to have access to credit it also felt nonsensical that on the continent where young people rarely have any collateral or property (women especially) that this is where we have to pay rent a whole year in advance. No wonder everyone lives at home with their parents. I mean we just can’t afford to move out of our their houses. The rent prices in dollars, the lack of affordable starrer homes and apartments in urban areas, and the long term rent in advance demands make it next to impossible to leave home.

When we talk about African youth problems the focus is often on job creation and unemployment. And of course those two are really crucial but what happens when you have a job and you still can’t afford or find a place to live? You have monthly income but you can’t afford to live independently because you need 1 year rent in advance. That I was able to even get such a loan not having any collateral is an anomaly in itself, most can’t get such loans. Rapid urbanization on the continent with the youngest population makes affordable housing for youth crucial in Sub-Saharan Africa.  They say it is illegal to change more than 6 months rent in advance in Ghana, and that this is punishable by law. I have never heard of anyone being punished for breaking this law.

How many Americans do you think would be moving out of their parents’ homes at 18 if they needed to come up with 1 year rent in advance? Exactly! Very few!

Living at home into your late 20s and 30s reduces individual productivity and slows down national growth in general, and fosters long term dependency. There is nothing like having to pay rent to motivate you to wake up everyday and go earn an income. Homelessness is not for anyone.

One of the reasons why capitalism even if broken continues to work well for America is that every year youth 18-34 are leaving home to start their own lives, getting their own apartments and paying rent. They have to furnish these new homes, they have to pay for heat, Internet, cable, etc. All of this spending goes back into fueling the growth of the U.S. economy. And once you move out of your parents’ home, any hope of retaining your independence is tied to keeping a job and bringing in income at the end of the month and paying rent.

Not that I don’t love my mom and dad but living with your parents also means they have the power to control and influence the decisions you make about your life long after you should be thinking and acting independently of your parents. If you live in the same house as your parents and directly benefit from their provisions you have to for example hold the same political views and vote the family line. Your parents might even have a say and control over who you may or may not date, and who you can or can not bring to their home. How can you really know who you are or want to be until you are out in the world on your own making your own decisions?

As such, living at home in adulthood can stifle personal growth and independent thinking especially. It also keeps us sheltered from the realities that others less fortunate (whose parents can’t even give them shelter) than us have to deal with vis a vis finding affordable and adequate living conditions. Like I had to find and experience when I decided to move out.

Lastly I firmly believe that if we can’t spend money to live fully independent lives, young people will continue to live sans respect. My own African father’s mantra is spend your money and be respected without which you can just forget about being treated like an adult. So please down with the 1 year rent advance for the African youth dem so we too can chop small respect. Our governments need to give incentives to businesses to encourage and boost affordable housing. As for rent one and two year in advance in Ghana, if it is illegal please show us how to enforce it.

Come back to find out how I was able to secure a loan for my rent and how paying 48% in interest changed my life for the better.

About The Author: Vickie Remoe is a Sierra Leonean US diaspora export to Ghana. She has a B.A. Degree in Political Science from Haverford College in Pennsylvania. She also holds a M.S. Degree in Broadcast Journalism from Columbia University Graduate School of Journalism. She moved to Accra in 2012 from New York City. She is the business lead at Vickie Remoe & Co a marketing communications  consultancy with Printex, Kalyppo, The Seed Funds Savings & Loans Company, and Frutelli as clients. She is also the publisher of GoWoman Magazine, a regional publication for the 21st Century African woman. Find Vickie on Twitter.

Sierra Leone Events: Makeni Business Forum 2015 is on May 30 at UNIMAK

UN and regional bodies in Africa condemned the...

Women who made it happen in Ghana, Sierra...