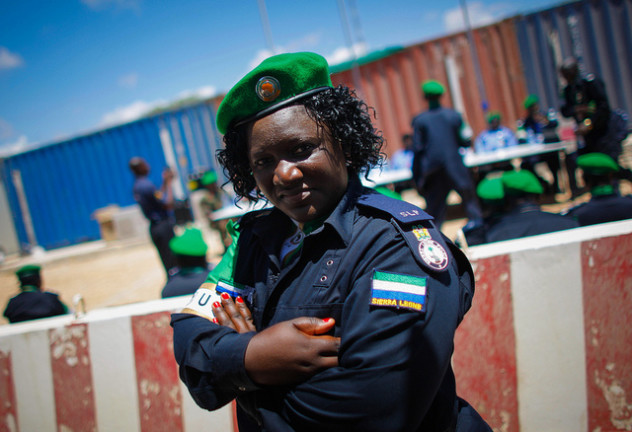 A new report from The Centre for Accountability and Rule of Law (CARL) shows that Sierra Leone allocates just 4 million leones ($800) annually to fund the nation’s fight against gender violence and sex crimes under the Police Force’s Family Support Unit (FSU). The 62 FSUs across the country investigate and prosecute Sexual and Gender Based Violence (SGBV) related offenses.

The FSUs date back to 2001, when a specialized unit was created within the SLP to provide a response to the outbreak of violence against women and children during and in the aftermath of the civil war.

CARL’s report found that the lack of funding for the FSUs greatly reduce the police officers’ ability to investigate cases. They often times have to ask the victims themselves to pay for calls or to cover transportation costs to aide their investigation. The FSU has a shortage of staff, office space, vehicles, bikes, etc., a situation now made worse with the rise of sexual assault during the ebola crisis

The Northern Province which is the most ill equipped of all the provinces had a total of 49 reported rape cases in the first 2 months of this year. The highest number of cases ever on record. Elsewhere gender based violence and rape has continued to increase. According to police there were 2201 cases of sexual assault in 2014 an almost 50% increase in cases from the year before when it was 1485 cases.

CARL reports that the Sierra Leone Police needs $30,000 a month to adequately fund its Family Support Units. Every police station should have an FSU and every FSU should be adequately staffed with male and female social workers from the Ministry of Gender and Social Welfare as well as police officers.