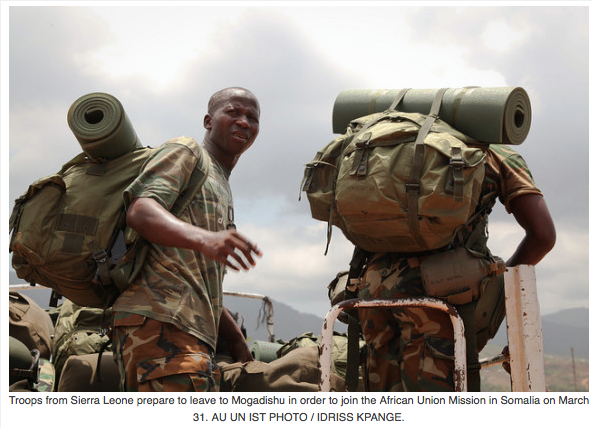 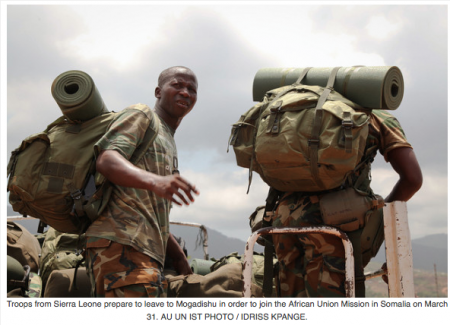 Sierra Leone is pulling out of AMISOM due to ebola fears.  Some 800 soldiers from the nation’s army have not been able to replace their colleagues in Somalia since October when a member of their battalion tested positive for ebola. The entire battalion was put on a 21 day quarantine. Although no other cases from the battalion have been found, the African Union has announced that there will be no more peace keepers from Sierra Leone at the African Union’s AMISOM in Somalia once the current  regiment returns home.

This news will come as a blow to army men who look forward to the salary increase and added benefits of working abroad.