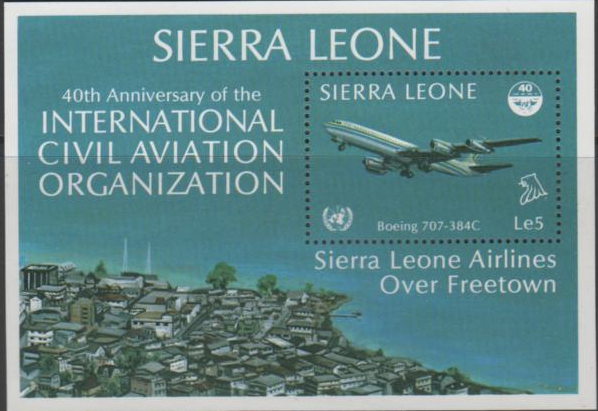 Although the World Health Organization has reported that in flight ebola transmission risks are low, British Airways has extended its suspension of flights to Sierra Leone and Liberia thru December 31 2014. Passengers are being rebooked via other West African nations like Ghana and Nigeria from where they are expected to make their own arrangements.

Bimbola Carrol over at VisitSL, a travel and tour operator in Sierra Leone, posted on Facebook that when BA pulled out earlier in August it started a panic among other carriers like Kenya Airways, Air Maroc, Air France, and SN Brussels. Kenya Airways stopped its route to Freetown almost as soon as BA left.

SN Brussels and Air Maroc are still flying to Sierra Leone and Liberia, and Air France has indefinitely stopped its flights to Sierra Leone. (August 27 update)

Thousands of Sierra Leoneans who left home with their families on holidays to the US and UK as is tradition among the middle class at the start of the rain season are stranded.

A man  know who was in the US with his family has had to enroll his children in school here in the US indefinitely. A woman I know in London was worried that she wouldn’t know how to make ends meet because she hadn’t budgeted to be out of the country with her toddler so long. My father who was in the US for his annual medical will have to wait in London as he tries to find an alternative route into Sierra Leone now that BA has pulled out completely.

Times like this you wonder, what about a national carrier? Is it time we bring back Sierra Leone Airlines?