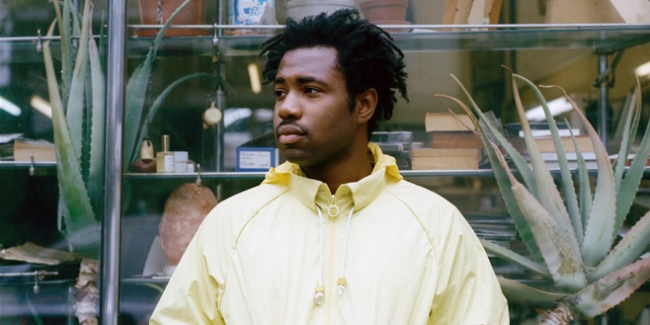 I met Sampha Sisay at a private dinner at a friend’s residence in Accra. He was in town with a team of producers working on new content for an US based R&B artist Solange Knowles. The fact that he didn’t seem to recognize my name at all upon introduction let me know he hadn’t been to Sierra Leone in a while so I was intrigued. I guessed right. Sampha says it has been at least a decade since he was there.

The 24-year-old singer, song writer, and producer who just released his EP – Dual ( which you absolutely have to download on Itunes) confessed that he was out of touch with Salone. He’s spent most of his life in South London, the son of Sierra Leonean immigrants. Sampha is the youngest of five brothers, one of whom is probably one of the most prolific indigenous businessmen in the country. Like most youngsters more concerned with finding their own path, Sampha is totally oblivious to his brother’s reputation.

“Your brother is like the biggest thing in mining, don’t you know?  They’re traded on the London Stock Exchange”, I said.

“Really? I’m gonna have to Google him then”, he chuckled. Mining news is the last thing on his agenda.

We almost didn’t talk about his music at all. In fact I think he would have rather we didn’t. Sampha is your strong, silent type but I refused to let him get off easy.

“So you’re a musician then?”

“Umm are you a singer or a producer?”

“What are you doing here?”

“We are making music with Solange”

“I hear you have a track on Drake’s new album”

“How did that happen?”

“A producer I was making beats with played him something I was working on, and Drake liked it. So he used it on his album, but I intend to release my version on my own EP as well. He’s a cool guy”

“Do you know Idris Elba, you know cause you’re from the UK, into music, and Sierra Leonean”

We went on an Idris Elba tangent for like 10 minutes, before I finally asked him if there was anything of his I could buy on Itunes.

He said his latest EP, ‘Dual’ just came out. I promised to buy. I did.

All I have to say is Umm Yea, go get that.

I’m still in shock at the contrast between the smooth, velvety, deep voice on the records and the laid back young man I met in East Legon.

Ah mean bloody hell mon, the kid is wicked! *in my London twang* 🙂

I can’t imagine where he could have gotten the blues. His explanation: probably from his grandmother on his mother’s side, apparently she used to be a Bondo drummer.

Alot of Sierra Leonean musicians talk about putting Sierra Leone on the map, but Sampha is actually, already on it in a very big way. How many artists anywhere can say that they’ve made music with and for the biggest out there? Do you have a million views on a video you’ve been on? Have you performed on Prime TV? Well you Google Sampha with Drake on Jimmy Kimmel Live.