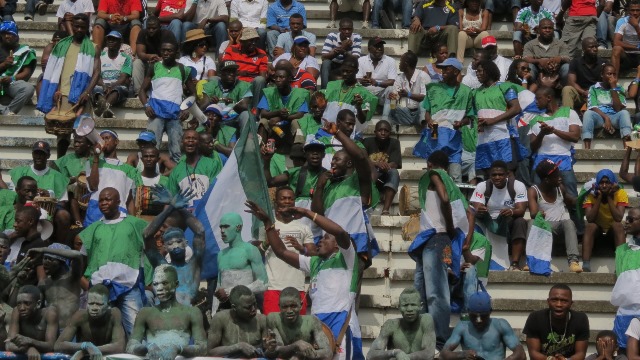 It was a sunny day at the national stadium in Freetown as football fans across Sierra Leone gathered to witness Leone Stars’ bid for the 2014 World Cup in Brazil.

The event started with great enthusiasm as the Minister of Sport, Honorable Paul Kamara flanked by some of his colleagues walked into the main bowl waving to a crowd cheering fans. A little later, both teams were greeted by the Vice President of the Republic of Sierra Leone, Alhaji Sam Sumana. After a performance of the national anthem by the Sierra Leone Police band, the VP shook hands with the players of both teams and walked back to the Presidential Stand.

The game kicked off at 16:00 GMT with Leone Stars putting on a great start. Within the first 15 minutes, Leone Stars  had taken complete possession of the ball as the fans cheered around the stadium. Around the 20 minute, the Tunisians managed to take possession of the ball till the 39 minute when Sporting KC’s Kei Kamara gave Sierra Leone the lead. The entire stadium went wild in jubilations and fans celebrated till the end of the first half.

The second half started with a great display of skill from both teams. Tunisia tried to equalize while Leone Stars fought to keep up its lead. Tunisia finally got their chance when they were awarded a penalty around the 55th minute of play. Team captain ‘Obreh’ fell in the 8 yard box with his hands on the ball. The penalty was scored by Oussama Darragi. Just 5 minutes later and  Leone Stars took the lead again when striker Sheriff Suma scored.

The Tunisians picked up the pace towards while the Leone Stars continue to defend the lead.  On the 85 minute of play, the Vice President left the stadium heading home for victory celebrations or so he thought. On the last minute of play, French-born Tunisian player Fakhreddine Ben Youssef scored the equalizing goal and brought the national stadium  to a dead silence. You could have heard a pin drop.

The added 4 minutes given wasn’t enough for either team to take the lead. The match ended in a 2-2 draw. Sierra Leonean fans were gutted, as they watched their World Cup dreams disappear yet again. 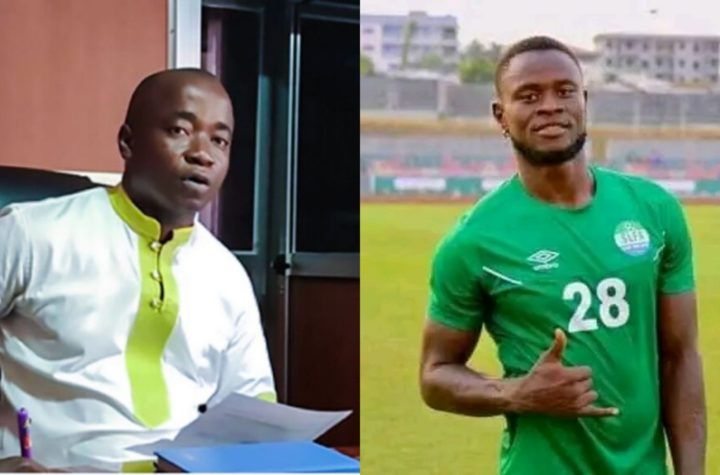