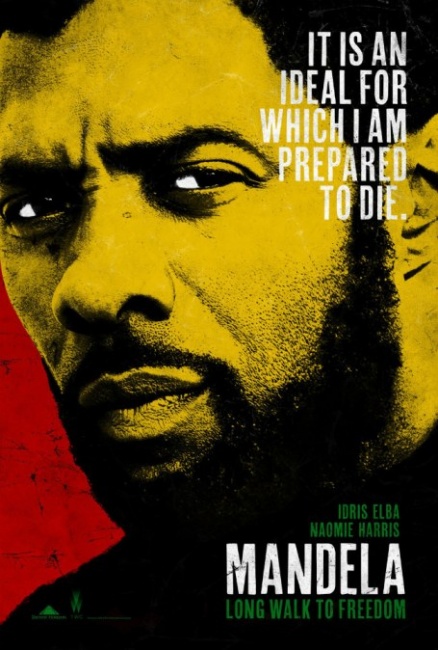 In November, Idris Elba’s Mandela Biopic will open in theaters across the US and selected European cities. The producers made this announcement at the Cannes Film Festival, a day after the film’s poster was released on the web. “‘Mandela: Long Walk to Freedom’  explores the Mandela unknown to most of the world — the lover of fast cars and women, the boxing enthusiast and playboy, the skillful lawyer and the gun-toting freedom fighter,” according to a description of the film. British actress Naomi Harris stars alongside Elba.

Should we start talking Oscar already?