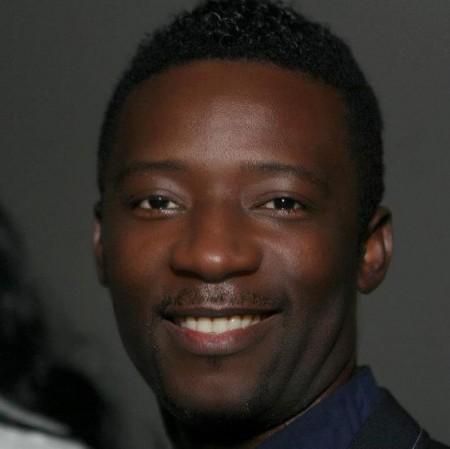 To most of us Koby Maxwell is already a household name. Born Maxwell Koby Okwensy, this Ghanaian star is a singer, actor and producer. He says that his goal is to maintain the authenticity of African  music, while incorporating the sounds of others. Koby shocked the Nollywood industry when he hired a US Film production company to produce his first  feature film, ‘Paparazzi Eye In The Dark’.

koby with the wonderful P.Diddy

SwitSalone writer and budding actress Hawa K interviewed Kobby after she auditioned for his upcoming film.

Koby started music at the age of 12 as a Bass guitarist. He worked behind the scenes making films  for about 3years before he produced Paparazzi Eye in the Dark, a film that has won 16 awards and 18 nominations across the industry.

The multi talented singer producer says that he is making a new film and that he is willing to work with new actors and actresses with talent and determination from other parts of the continent.

Koby smiled when I asked him if he ever intends to visit Sierra Leone or even work with Sierra leoneans in the entertainment industry. He replied said  “I have a very big story project and some  parts are going to be shot Freetown. So I’m very sure am going to Sierra Leone”.

I did an audition for Koby’s team and I must admit they were very strong and professional. They made sure I  was not nervous and I’m sure I amazed them with my acting skill..hahahahahhaa..

This young man also has a great sense of humour.. I asked him to tell me about his romantic side and he said’ Koby Maxwell is a cool nice looking young man to know and the rest you will tell….I went further on to ask about  Wife, Kids, Girlfriend, or still searching …He fired back and replied’ all of above’…….

This a little taste of his upcoming movie http://youtu.be/1SWOU6JKx2I

you can purchase this movie  on dvd or blu-Ray at  any African food store  or just order online on his website www.kobymaxwell.com

These are some of the achievements of Koby..

Well we wanna wish Koby Good luck and give him our blessings for a brighter future and i cant wait to work with him very soon for his upcoming movie ‘ONE NIGHT IN VEGAS’….stay alert people.