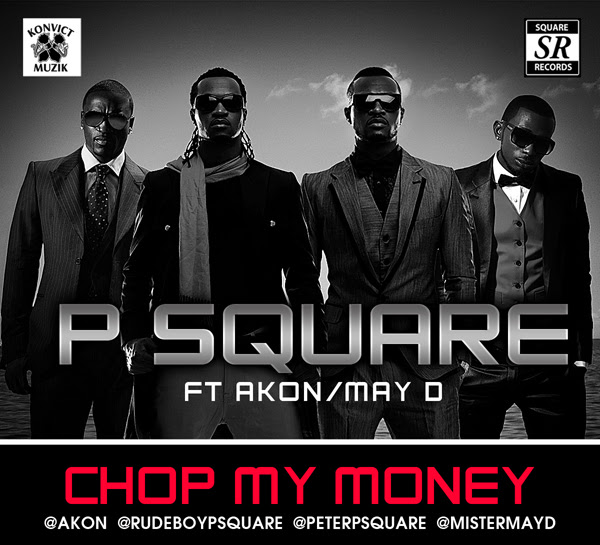 Paul and Peter Okoye of the very popular afropop-duo P-Square, were spotted in Atlanta and Miami shooting a new video for their song “Chop My Money remix”. The original track “Chop My Money” features May D,  the first signed artist to Square Records. The single will be on their latest album Invasion.

The remix of the track is very fresh showing the participation of Konvict Music label boss Akon who added his own rhymes in the beginning of the song. The beat is very modern but stays influenced by African music. The video shows beautiful scenes in luxurious cars and expensive clubs.

In other news: P-Square and Wizkid have finally put pen to paper on separate deals with Akon’s “Konvict Muzik”. Akon confirmed the rumors in an interview with Denrele on “Volt Extra” TV Show on Channel O.