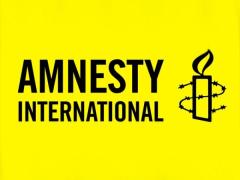 Amnesty International is calling on the government of Sierra Leone to punish those who  injured 11 and killed Musu Conteh back on April 16th at a Bumbuna work site owned by the mining company African Minerals Limited. Research released by the human rights watchdog claims that members of the Sierra Leone Police force went into the town of Bumbuna firing teargas and live ammunition a day after the incident at the site. Below is an excerpt of the research released today;

At around 1pm on 17 April the police entered the main marketplace in Bumbuna – approximately quarter of a mile away from the protesting mine employees – and fired tear gas and live ammunition into the air.

“They were just roaming all over the town shooting tear gas and bullets through the day and anywhere they saw smoke they went there and they even shot at pots where people were preparing food and they ate our own food and placed me at gun point…We are not African Mineral workers, just market women.”

The police claim they were chasing down men who were trying to set fire to a fuel depot and who had fled to the market place. However, Amnesty International was unable to find any evidence to corroborate this and eye witnesses said the police opened fire without provocation when there was no risk to their lives or the lives of others.

On the evening of 17 April, a local radio broadcaster was reporting on the events and hosting a phone in where people could report on the violence, and express their opinions on air. In the early morning of 18 April, police arrived at the station wanting to question the journalist, claiming he was inciting violence.

It appears that the police used live ammunition against people near the radio station who had gathered to prevent what they thought was the arrest of the journalist. One young man showed Amnesty International a bullet wound in his lower leg.

Later the same morning, the police fired live ammunition directly into a crowd of demonstrators marching towards the town police station to protest the police’s behaviour. According to eye witnesses the police did not give any warning before opening fire.

The government set up an inquiry after the violence occurred but nothing has been done to hold the police accountable. African Minerals later compensated the market women for the destruction of their property but they say this was no admission of guilt rather a show of corporate compassion. AML however admits that “it provides some material assistance to the police including transport, infrastructure, sustenance and financial contributions” bringing into question the company’s relationship with the Sierra Leone Police.

There has been no evidence to suggest that any of the mine workers who were protesting on April 16th had weapons of any kind other than stones when police fired on them. But there is even less evidence to justify police action into the town of Bumbuna the day after. Why did they fire teargas at market women if not to intimidate the towns people and protect their AML connections?

If the opposition political parties in Sierra Leone really cared about our people it is issues like these that they will be trying to highlight. Be a  champion of the people if you want them to vote for you or are you also looking to soak your bread with AML’s seemingly endless flow of grease?