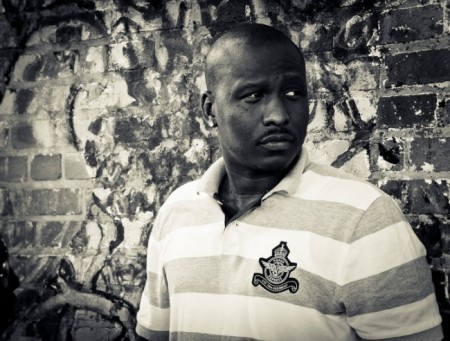 Shadow is a New York based rapper originally from the DMV. Some say that  he is Sierra Leone’s best lyricist but we will let you decide.  What we do know is that Shadow is definitely blessed with the gift of flow, be it in English, or in Krio.

Born in Virginia to Sierra Leonean parents he spent most of his early life in the DC metro area. But after 10 years living in Salone in the 80s, Shadow now represents real hard for the green, white, and blue . Even though he says  KRS 1, Naughty by Nature, Snoop Dogg, Jay Z, and Nas are his major influences there is something about his voice that reminds us of a young Scarface.

In this new release ‘Anot her’, Shadow who usually does a hip hop or reggae  mix, slows it down to show some love to a special lady (whoever she may be).  Sounds like spoken word + ‘ the whisper song’  over  a cool jazz rift.

In short, it a hip hop love song remeniscent  of LL Cool J’s ‘I need love’. If nothing else, this song shows that Shadow  has a lot of range and versality. It is no surprise that Driis the music alter ego of actor Idris Elba featured Shadow in the 2010 production of “Hold On”.

In Nigeria, film adaptation of ‘Half Of A...

English actress Ellen Thomas, Kadi out and about...

A chance encounter with Madieu Williams