Home Diaspora Diaspora Talk: Where should you buy or build your first home?
Diaspora

Diaspora Talk: Where should you buy or build your first home? 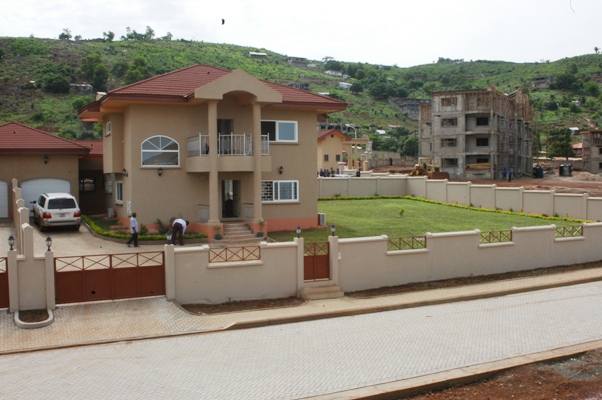 My father was full of pride when in 2001 he was able to buy his first home in the US. The house with its three rooms and 2.5 baths to him was a sign of his hard work. He felt that moving from renting to home ownership showed that he had carved off a small slice of the American dream.

Like others in the diaspora, he thought that home ownership was an investment. He believed that when he was ready to move back to his country of origin that the sale of the house would earn him thousands of dollars as it would have appreciated in value. But in 2008 just when he was thinking of moving back to Sierra Leone, home prices had dropped by a record 18% from the previous year. When his house was valued for sale, it was worth much less then what he had paid for it just 7 years earlier.

If the house was sold at its 2008 value, my father would not have enough to pay off the bank let alone dream of making a profit on it. The house in Maryland soon became like a prison. He kept waiting for the markets to rebound so he could make some money on the house and move back home. Unfortunately for him and many others the rebound never came.

So my father had to abandon his house in the US and move back to Sierra Leone.

Fortunately, he had begun building his dream home in his village off Freetown’s peninsular back in the 80s. In his years in the US he had relied on relatives to assist with constructing and monitoring the house’s progress. There were many disappointments but refusing to be deterred, ever so often send money back to continue the project. My father always said that anyone who had lived in the US for a long time who had not built a house back home would probably find it difficult to move. He would say ‘ Ow u go lef go Amerika en cam back cam tap wit u fambul dem’?

When he finally moved back home the house which had been in construction for close to 20 years was still incomplete but it was good enough for him to move into it. And since moving back to Freetown he has spent considerable amount of money getting the house to what he wants it to be. He sometimes says that regrets ever buying a house in the US.

For those of us who are still in the diaspora the question of home ownership still remains. Do you try to own a home in the US or build one back home?

In Sierra Leone single family homes take a lifetime to build in the absence of a functioning home mortgage industry. And even worse you could as in my mom’s case buy a land, get the title, the deed, start building a house, only to be told 13 years later that someone else owns the land that your three-storied building now sits on. Meanwhile in the US analysts say that the home market is still depreciating.

Cedeya, Regimanuel Grey, and the Chinese owned Gouji have invested in building gated communities or estate development type housing in Sierra Leone. But with no financing available and prices ranging between $300k-$500k the homes are well out of reach of many middle class Sierra Leoneans.

SALvest LLC taps the power of the diaspora...