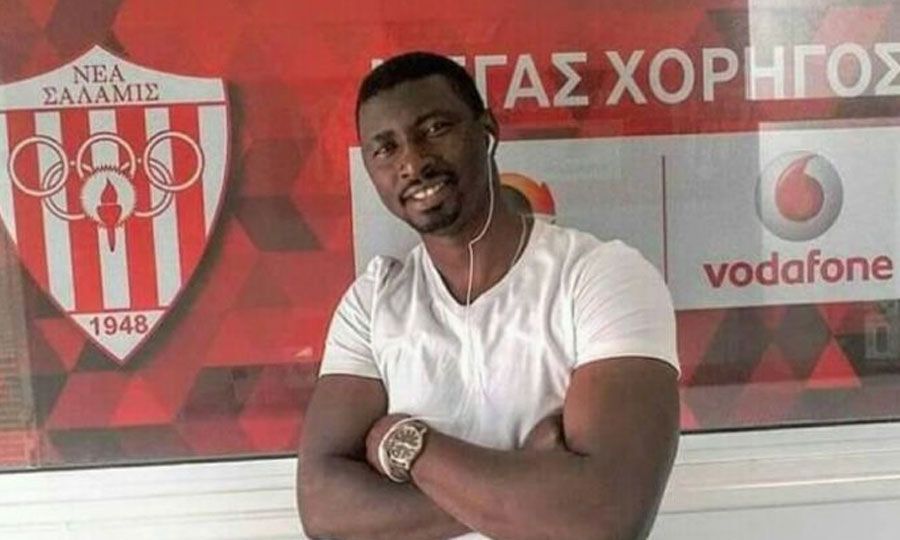 The authorities in Cyprus have granted a special permit for former Sierra Leonean footballer, Mohamed Kamara who was supposed to be deported after living in the country for 20 years.

According to reports Kamara, 41, who is of Sierra Leonean origin, and his family have been informed that he will be deported because he does not meet the requirements for legal residency in Cyprus.

“The Ministry of Interior wants to reiterate that the aforementioned couple were given numerous opportunities to legalize their residence, which they not only failed to take advantage of but ignored, making them illegal in the Republic. This is in reference to recent reports that a former footballer and his family of Sierra Leonean descent had their request for residence in the Republic denied.

In a statement released today, Friday, November 11, 2022, by the Ministry of Interior in Cyprus, requested and received a thorough family history as well as all pertinent correspondence stored in the personal files, confirming the accuracy of the earlier decisions.

“Nevertheless, the Minister of Interior has directed that a special permit for humanitarian reasons be issued until July 20, 2023, when the current school year ends, taking into account the best interests of the children. This is provided that in the interim, the foreigner and his spouse apply to the Department of Population and Immigration Records for a residence permit and legalization of their stay in the Republic.”

Kamara had previously launched an appeal, claiming that he has lived in Cyprus for almost his entire adult life without ever causing any problems.

“I’m just trying to live a normal life with my family. If I am deported, I will be unable to relocate my family. In Sierra Leone, I have nothing, no home, no family,” he said.

The Ministry of Foreign Affairs in Cyprus said in a statement claimed that the status of the family in question has been in the hands of the authorities for more than ten years and that the family had been living illegally in Cyprus for 9 years.