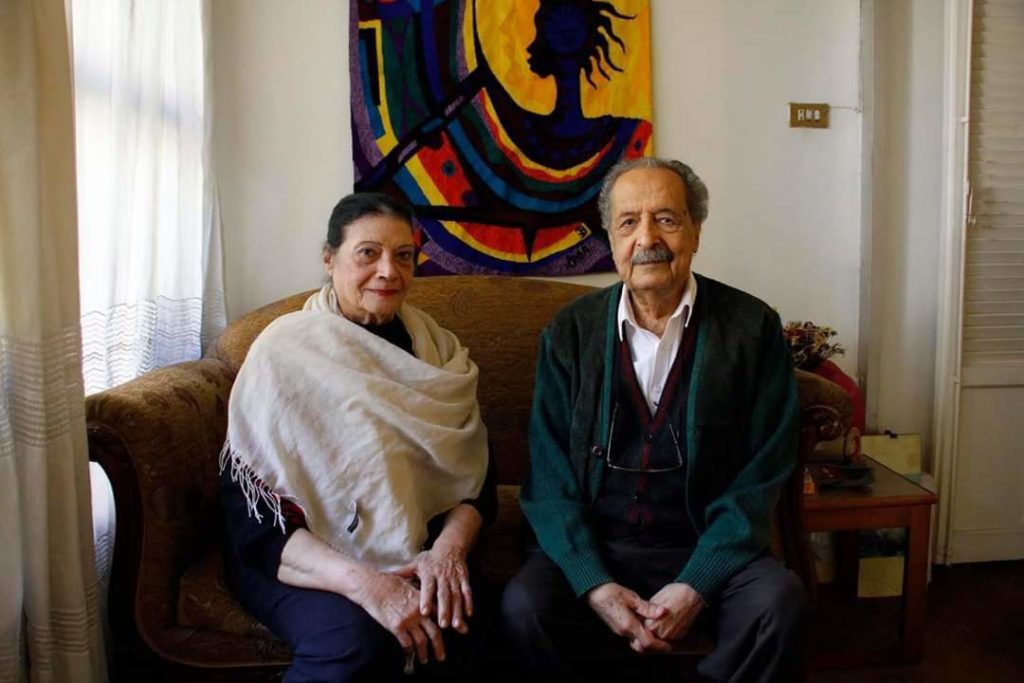 Researcher Nisreen Al-Sabahi, a member of the research team of the “Nile Valley Unity: Future Visions” project, and a researcher specializing in African affairs at the Egyptian Center for  Strategic Studies (ECSS), won the Great Thinker Helmy Shaarawy Award for African Studies for the year (2020-2022), Where the award will be presented to the winner on Monday, October 24, in Misr Public Library.

Al-Sabahi obtained a Bachelor’s degree in Political Science at Beni Suef University in 2017, with a grade of very good with honors. Al-Sabahi has enriched the field of African studies during the past five years since her graduation, with many published research and studies focusing on issues of terrorism, conflicts, climate change, the region, and the African Sahel in West Africa. She also participated as a speaker in the workshop “The future of Africa in the post-pandemic world in light of Africa’s Agenda 2063” at the World Youth Forum in 2021, during which she presented the experiences of African countries in the face of climate change: a study of the Egyptian case. In 2022, she obtained a master’s degree in African Studies, Cairo University, with excellent grades. Recently, she is a doctoral researcher in African Studies at the Faculty of Higher African Studies, Cairo University.

For her part, Al-Sabahi expressed her happiness upon receiving the news of winning the Helmy Shaarawy Award, describing it as the best news, given the high level of the award in Africa.  She described how proud she was to have her master’s thesis chosen for the Great Thinker Award in the Field of African Studies, as the best study in African affairs for the year 2022.

In the same context, the thesis dealt with an introductory topic, three chapters, and a final topic, during which the researcher clarified to what extent climate change has affected internal conflicts in East African countries. In the second chapter, the researcher dealt with the impact of climate change on the emergence and development of internal conflicts in East Africa.

Furthermore, the third chapter dealt with the policies for responding to climate change and their role in containing internal conflicts in East Africa. The final topic included the prospects for building environmental peace in Africa.

For his part, Hassan Ghazaly, founder of the “Nile Valley Unit Project: Future Visions” and a member of the research team “The Africans”, explained that the researcher, Nisreen Al-Sabahi was one of the most prominent researchers in the project’s research unit. He pointed out her participation in many activities; among them was the first meeting of the youth of Egypt and Sudan, within the “Project of Unity of the Nile Valley.

Future Visions”. In addition to this, she participated as a researcher in the preparations for the African School 2063 in 2018. Moreover, he stressed the importance of such awards and events, especially in the field of African studies, which results in encouraging and enhancing the participation of more young researchers to enrich this field, which still needs more study and intellectual production stemming from the Africans themselves.

It should be noted that the great thinker Helmy Shaarawy has many contributions to African affairs, including his assumption of the file of African liberation movements in Egypt during the rule of the late leader Gamal Abdel Nasser. He also worked as a professor of political science at the University of Juba in Sudan (1981-1982), and as an expert on relations.

He is also the former president of the African Association for Political Science and the founder of the Arab and African Research Center. He launched the award for the first time in 2010, as an annual award of 10,000 pounds, awarded to the best scientific research in studies.  In order to present the award, it is required that it be prepared for publication and printing, that it be presented in a special ceremony upon the publication of the book, and that a certificate of appreciation and a symbolic amount be delivered to the researcher.