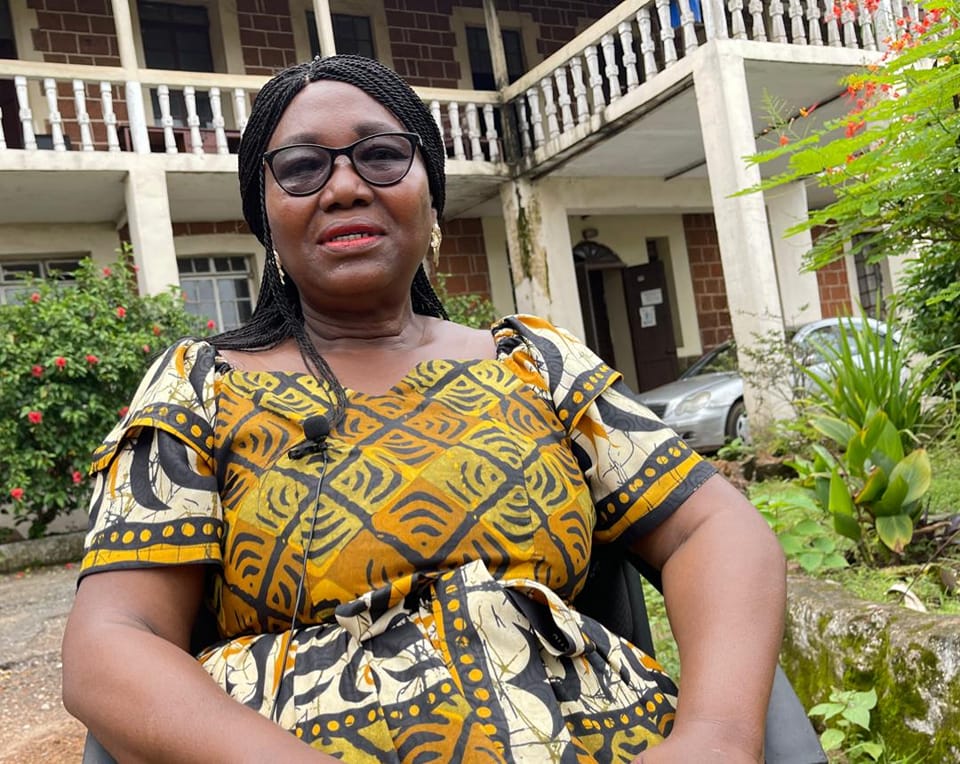 Every year, on October 5, leaders from across the world celebrate all teachers around the globe. The commemoration sets benchmarks regarding the rights and responsibilities of teachers, and standards for their initial preparation and further education, recruitment, employment, and teaching and learning conditions.

In Siera Leone, teachers are playing an important role in improving the education sector of the country. They invest their time and give their best to the kids they take care of.

In this year’s edition of World Teacher’s Day, we are celebrating the 35 years of teaching life of Madam Ophelia Morrison, one of Sierra Leone’s most vibrant and excellent teachers as she ends her service.

Madam Morrison, who started her journey as a teacher in 1987, is a school Leader with a passion for academic and student development and a history of success in developing effective strategies for educational administration. Just after she graduated from Fourah Bay College, University of Sierra Leone, she was searching for a job at the  Prince of Wales School, and she was recruited by the then Principal Mr. Oratio Nelson Williams as a science teacher.

She rose through the ranks, as an assistant teacher, teacher, senior teacher, and head of the science department within fifteen years.

“I would say working with boys was very interesting. It was at Prince of Wales I experienced the main aspect of my promotion status,” she said.

Fast forward, after the civil war in 2002, Freetown was overcrowded and school pupils were unable to access education, the Ministry of Education, Science, and Technology opened three schools in Freetown, so they can accommodate the growing population and she was appointed as head of Constance Cummings-John Memorial Junior School (CCMJS).

“As Principal of CCMJS, it was very challenging because we were only given a list of pupils by the Ministry of Education and parents were reluctant to send their kids to the school so I was just having 44 pupils in the entire school with only two classrooms and I had to go round the community to get more children to join the school. In two years, the school roll increased to over 500,” she said.

For her leaving CCJMS, to serve as principal at the Annie Walsh Memorial School, was an emotional moment, she had no other option but to come over to give back to the school her grandmother, mother, elder sister and even her attended, which she said made her who she is today.

“When I took over as a principal, I had to do some refurbishing which included painting the school gate. After painting the school gate, the next day I had a group of community elders go to my office to welcome me, but at the same time to find out why I have denied them the opportunity to do what they have been doing for years. But I had to apologize to them and we became friends and they continued with the painting of the school gate,” she added.

Ending her teaching career after 35 years, she described it as an experience worth living and she ended that she will continue to give all her best.

“It is now time for me to bow out and I must do so gracefully and I am doing so with the fulfillment of having obeyed God’s will. I usually say, I have worked with the boys (Prince of Wales School), I have worked with both boys and girls (Constance Cummings-John Memorial Junior Secondary School), and I have worked with girls (Annie Walsh Memorial School) God through thirty-five years have endowed me with a lot of experience,” she said.

She finally calls for more investment in education, as it is the key to development.