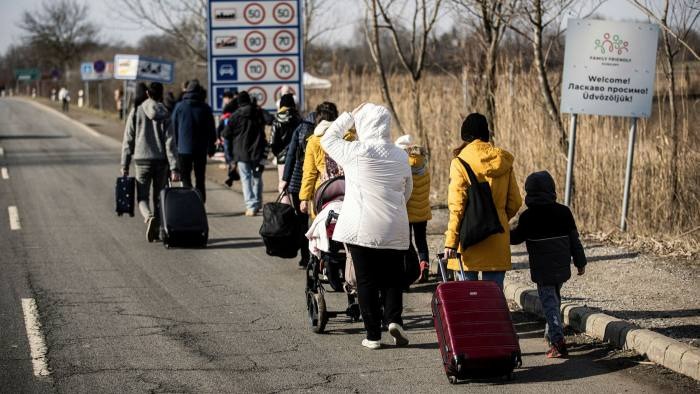 As the conflict in Ukraine continues to put the lives of many Africans in danger, the Sierra Leone Embassy in Russia has in a press release issued today, February 25, 2022, informed the general public that they are aware of the dispute and they are in contact with the Sierra Leonean citizens in Ukraine.

According to the press release, the Sierra Leonean Ambassador to Russia His Excellency Mohamed Yongowa, and his staff are in regular contact with Madam Liudmyla Rusalina, the Honorary Consul of the Republic of Sierra Leone in Ukraine to coordinate on how citizens can be helped swiftly.

Madam Rusalina has made her home available to host Sierra Leoneans whilst they await evacuation to a safer zone, within this short period over 97 people have been registered of which 40 are students, and no reports of harm have been received.

However, the Government of Sierra Leone through its Embassy in Moscow has reached to neighboring countries like Poland, Hungary, Slovakia, Romania, and Belarus to offer temporary assistance to Sierra Leonean citizens when or if they show up in their territories.

The release further states that the government is considering different options for its citizens, one of which is evacuation. Also, safety guidelines have been shared with Sierra Leoneans to adopt while the conflict is ongoing.