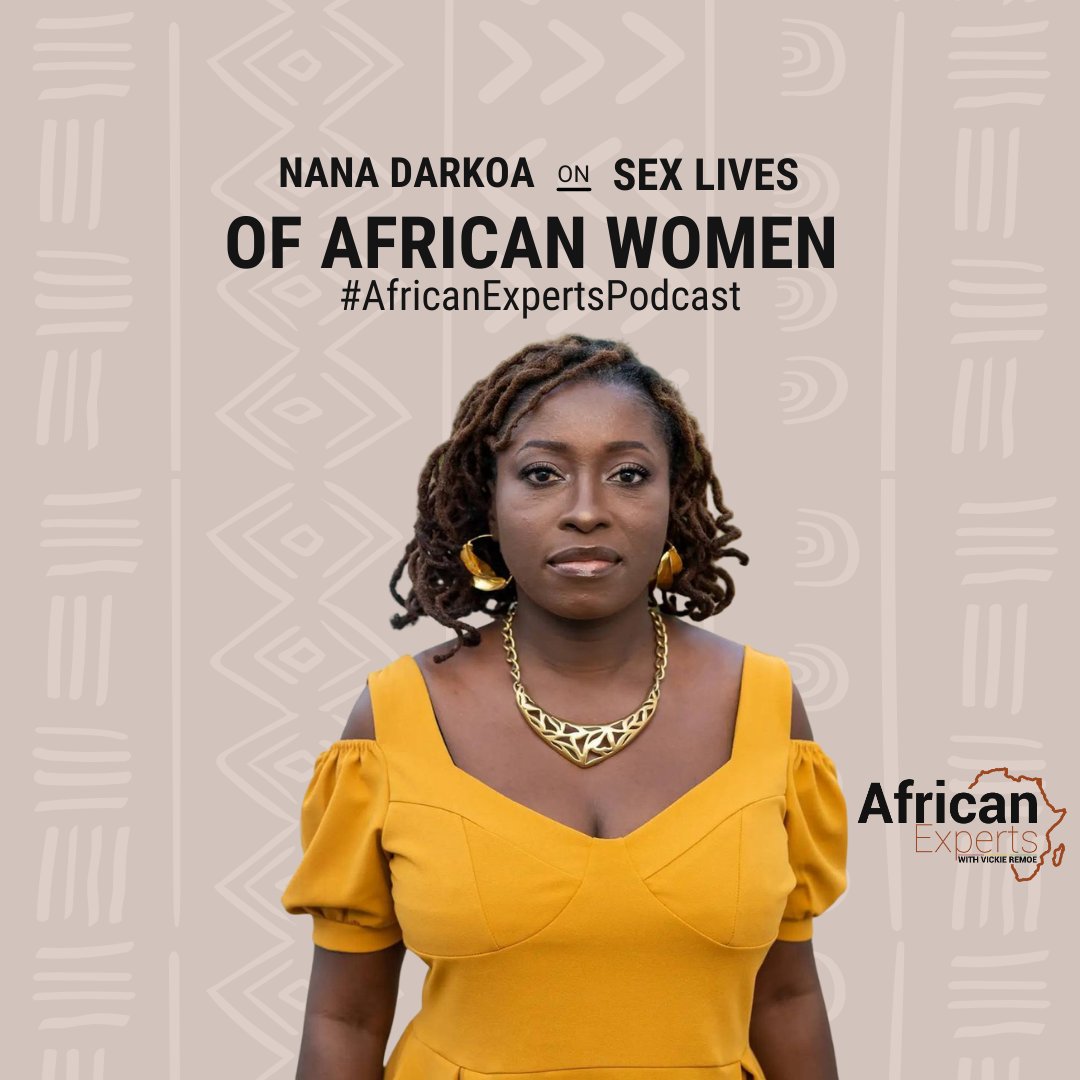 In Africa, there has been a belief that men experience more sexual pleasure than women. Societal perspectives always portray that African women are sexually passive and they are often depicted to be objects of sexual desire. Also, women in the continent have been made to accept the ideology that they just don’t want or need sex like men normally do.

African Experts podcast released its penultimate episode of season 1 on Wednesday,  “Sex Lives of African Women,” the episode features Nana Darkoa Sekyiamah, an advocate for the sexual liberation of African women, who also doubles as a writer, and researcher. Host Vickie Remoe and Nana discussed the old African narrative on the sexuality of women, the experience of women when it comes to sex and pleasure also ways and means on how to unlearn such a system.

The conversation starts on what’s the biggest misconception about the sex lives of African women, and how does that impact the way African women experience sex.

Nana started by saying there are so many misconceptions when it comes to the sex lives of African women, she focuses on the assumption that older African women do not enjoy sex, that old African women are not desirable, they are somehow dried up, and shrivelled and left on the shelf. She highlighted one of the projects she is working which had a section that she had interviewed older African women and their sex life and according to her the interview she conducted shows that these women are still experiencing a great sex life, they are enjoying sex in bed. So in short people should change their narrative that older women have nothing going on in the bedroom because that’s not true.

She further states that for people to discover what the reality is like they need to have discussions with women from different backgrounds.

The conversation further moved on to how old women don’t express their sexual desire, unlike men whose sexual desires grow as they get older. The second question is what does Nana think about when old women become desexualized how is that impacting their bodies?

Nana stated that this has affected people and that dwells down to the fundamental approach people have to a religion. She mentioned a scenario where she went to take her COVID-19 vaccine, then a woman called her and she was like “Oh look at your top, your stomach is showing, Jesus is coming” her response was “will Jesus be bothered by my stomach?” According to her, there is a policing system in women’s bodies and people use religious approaches to put restrictions everywhere.

Furthermore, she emphasized that being religious doesn’t mean you shouldn’t have good sex, so people need to question what they have been told and they need to find pleasure in everything they are doing.

“I don’t think being religious means you don’t want to have good sex right but I think one needs to question what you’re told and find pleasure in everything and I feel like pleasure is political and super important. When people try to control women’s bodies, controlling the way we dress is only a way of just trying to keep us in a box, and we need to break free out of old boxes,” she stated.

In short, this is why people try to control women’s bodies because when they are up there they shut you down, then they are uncontrollable and no one can do anything about it. If someone doesn’t own this body then they own any pleasure, so absolutely you own nothing.

Get more insight into the sexuality of African women and their pleasure by listening to the African Experts Podcast now: