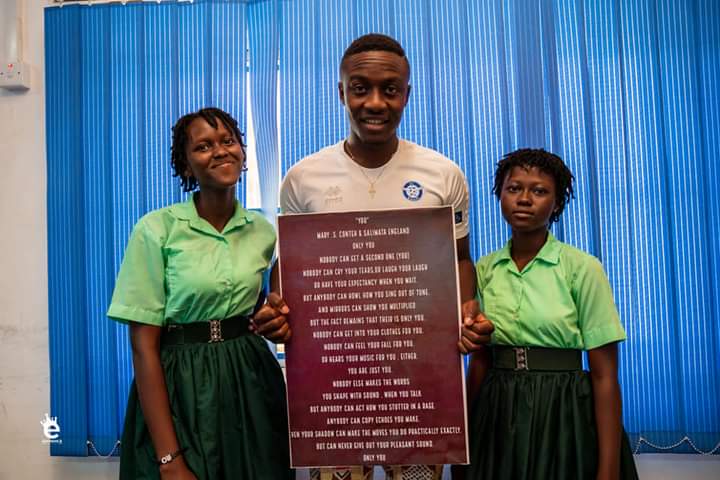 Rapper and songwriter, Benjamin Menelik George aka Drizilik has on Tuesday, September 14, 2021, taken to his social media channels and shared photos of him and some fans who surprisingly visit him with a gift.

According to his post, the fans were two pupils of the Annie Walsh Secondary School, who surprisingly showed up at the Eminence Africa office to hand over a gift, which is a poem that was inspired by him and was written for him by the girls.

The rapper used his platforms to show appreciation to these young ladies and he is inspired by their gestures.

“These are the people I make music for and they have an amazing way of showing how much they appreciate it,” he stated.