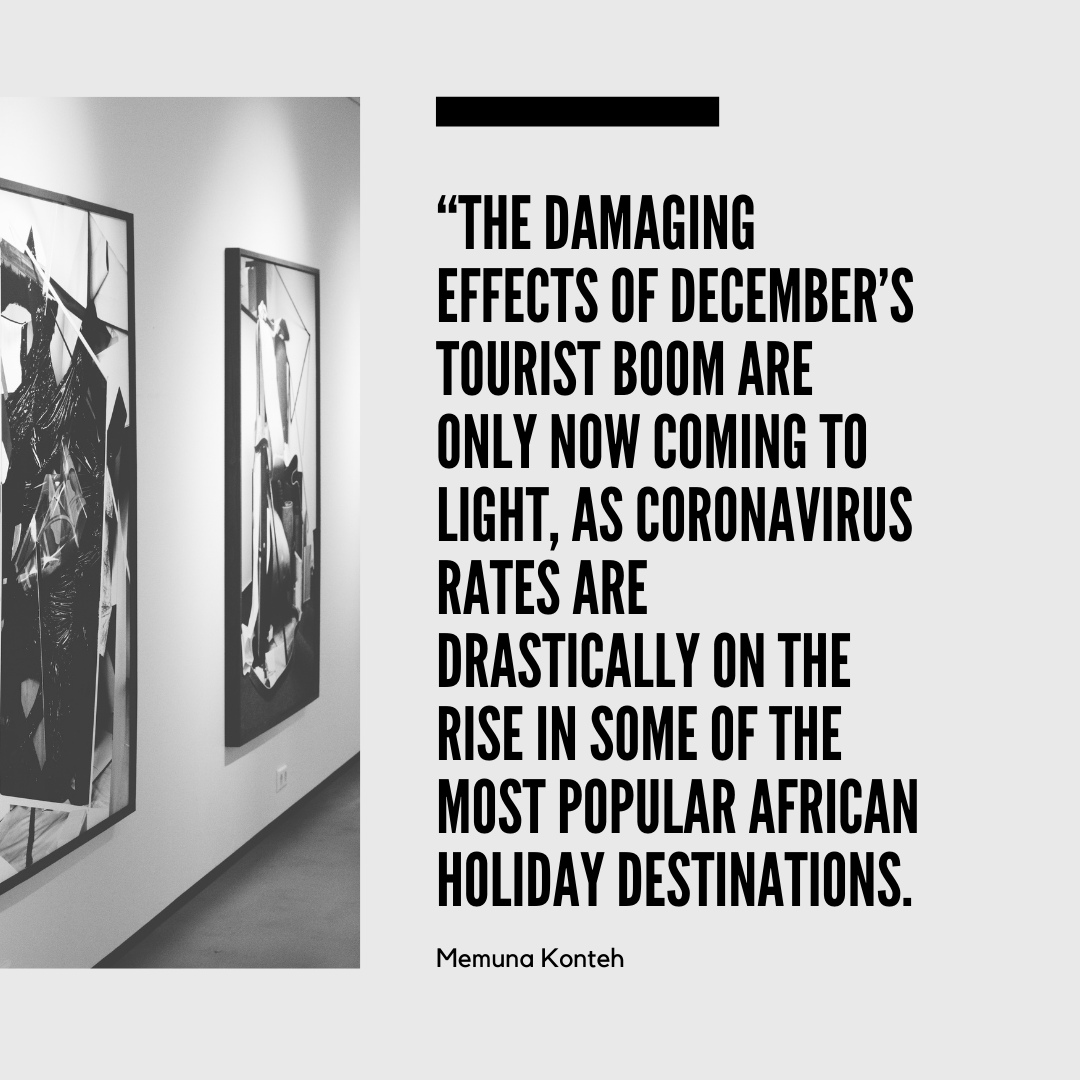 On the 21st of January 2021, NaCOVERC announced the resumption of curfew and some other additional Covid-19 measures due to the rise in the number of cases after the December holidays. This comes 2 months later after the initial curfew that was imposed to cut down the spread of the virus in Sierra Leone was lifted.

Gal-dem is a new media publication, committed to telling the stories of women and non-binary people of color. They use their platform to address inequality and misrepresentation through platforming the creative and editorial work of their community across essays, opinion, news, arts, music, politics, and lifestyle content.

In their recent publication, British-Sierra Leonean writer Memuna Konteh discusses the trend of Africans in the diaspora returning home during the pandemic and the consequences of their actions on the continent.

She interviewed Vickie Remoe who said:

“A lot of people that come home just want glory. It’s all good and well using your uncle who’s the minister of something to go straight to the top but who does that serve other than yourself?” said Remoe

Remoe spent most of her teenage years and adulthood in America before returning back to Africa to settle down and start her own business, and according to her being a responsible diaspora returnee for those planning to move back permanently, is all about making a purpose-driven decision to move, rather than just chasing a desire to escape wherever you are.

According to Konteh, last year’s #DettyDecember was business as usual for Africa with many black people from all over the world flying to the continent for either tourism or to visit loved ones. The end of the festive season saw a very high surge in Covid-19 cases, especially in countries that were recording single-digit cases before the start of the festive season.

“The damaging effects of December’s tourist boom are only now coming to light, as coronavirus rates are drastically on the rise in some of the most popular African holiday destinations,” Memuna Konteh

Read the insightful article on Gal-Dem