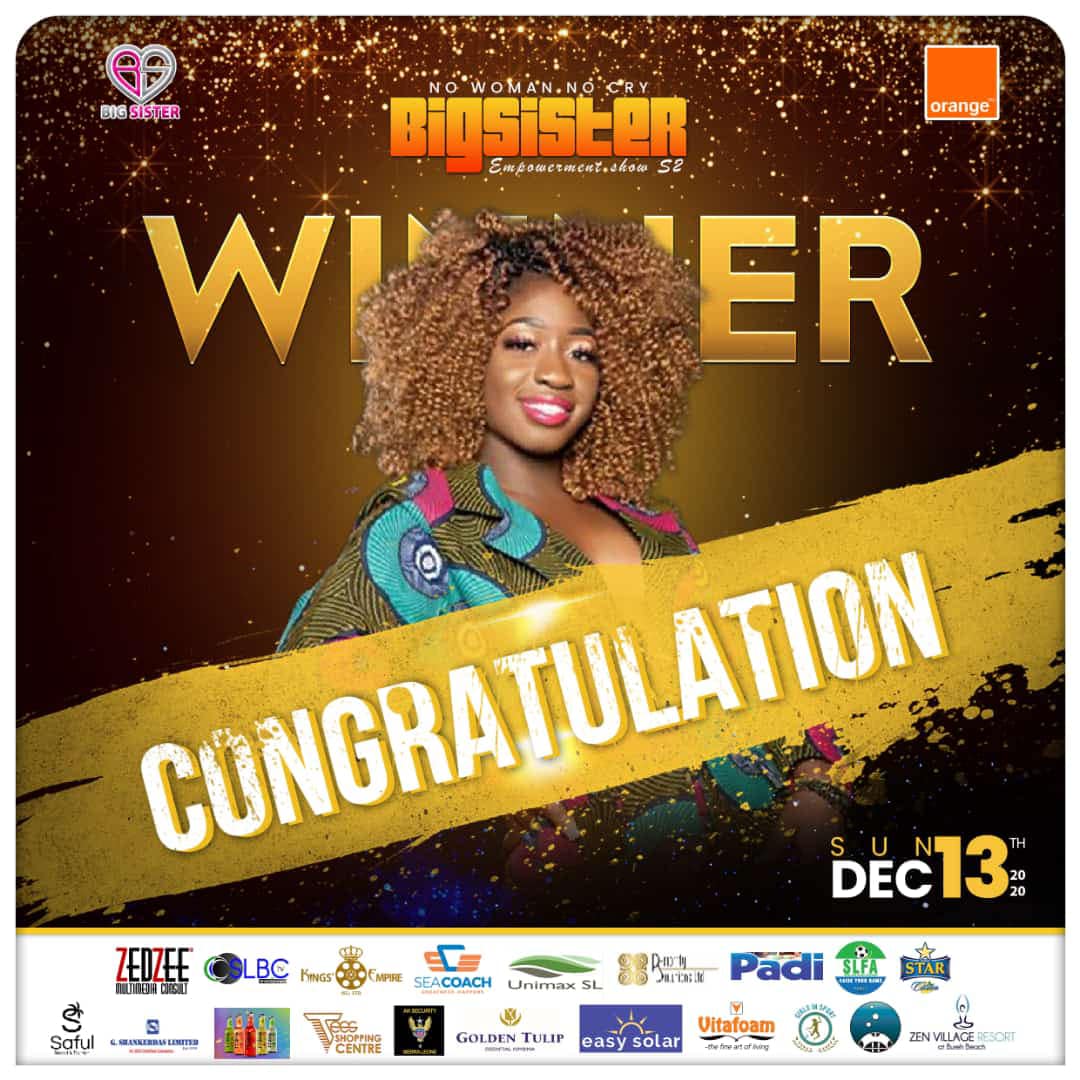 Bona beats two other roommates (Yabba Mansaray and Kadiatu Tricket) who made it to the finals. She walks home with the sum of USD 50 thousand (SLL 500 million). Bona is a Sierra Leone based in the US, she is a professional dance trainer and fitness instructor for over 10 years.

She is the owner of Cocorobic Workshop, an international dance, and fitness program. The program features dance from across different parts of the world. Bona is a recipient of several awards, she has collaborated with top acts in entertainment in the past few years.

Big Sister Salone is Sierra Leone’s first reality TV show. It’s an all-women empowerment show, which brings together young women from Sierra Leone and those from within the sub-region to share their stories, skills, and displays of African tradition.

This edition, which is the second, features 35 females. It lasted for 10 consecutive weeks in the village that showcases African tradition to the fullest. The edition at the start

The show premiered in 2018, with China Nicky being declared the winner of that edition.