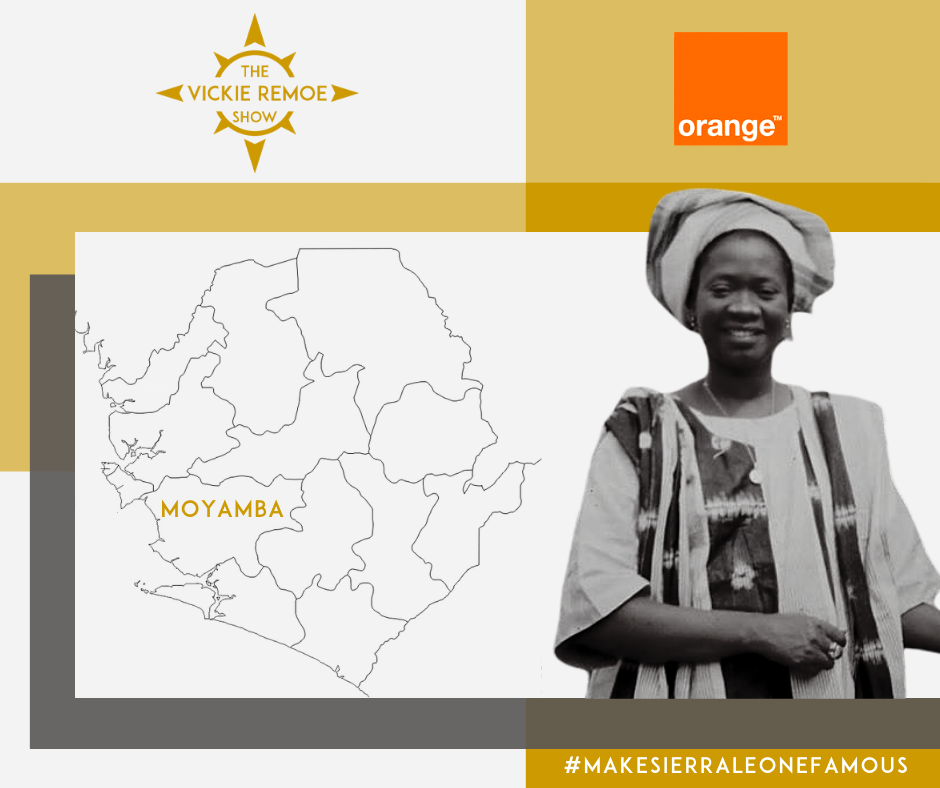 In episode three of the Vickie Remoe Show, we take you on a road trip all the way to Moyamba District, the birthplace of many prominent Sierra Leoneans especially Madam Ella Koblo Gulama, John Hacker, Siaka Stevens, and others.

In this episode, Vickie Remoe takes a tour to the Peagie Woobay Scholarship Fund, the graveside of the late Madam Gualama, and the Gbotima Cultural Association, where she discusses the culture and lifestyle of the local dance group.

Here are 4 lessons learned from this episode of the show.