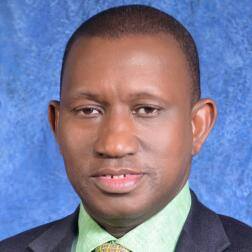 Alpha Osman Timbo former Minister of Basic Senior Secondary School Education (MBSSE) has been indicted by the Anti-Corruption Commission for misappropriation of public property and abuse of office today 31 March 2020. This was according to information from the ACC press conference held this morning.

He was indicted along with three others on Fifteen (15) counts of corruption offences including misappropriation of public property to wit Forty-Nine thousand bags of 50 Kg rice, meant for the school feeding programme.

The 4 indicted persons are expected to appear in the High Court Holden in Freetown on a date to be set by the Master and Registrar.

President Julius Maada Bio had early January this year relieved them of their duties as a result of alleged corruption and embezzlement allegation and were being investigated by the Anti-Corruption Commission (ACC). This was the result of the investigation carried out.

Timbo was the Minister of Labor before he was relieved of his duties by the president.