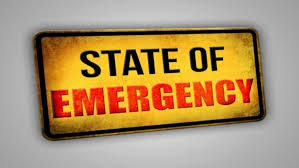 A state of emergency is a situation in which a government is empowered to perform actions or impose policies that it would normally not be permitted to undertake. A government can make such declaration during a natural disaster, medical pandemic/epidemic, civil unrest, or armed conflict. Such declarations alert citizens to change their normal behavior and orders government agencies to implement emergency plans.

According to Subsection 1 of Section 29 of the Constitution of Sierra Leone, 1991, Act No. 6 of 199, gives the president mandate to declare a state of public emergency.

The public state of emergency declared today would be the second the president has declared since he was selected in 2018. The first state of public emergency was earlier last year February when President Bio declared rape a national emergency.