Women at Sierra Leone’s agency for science and technology say policies implemented there have created a gender-inclusive workplace where they are empowered to lead.

29-year-old Glenna Wilson studied computer science at Njala University. She got her first big break in her final year when a local bank in Freetown offered her an internship in its IT Department. When she started work, however, the all-male team treated her differently.

“Instead of teaching me what I was there to learn, they would ask me to make coffee, bring them food, and told me that as the woman, I had to be their mother. While the other male intern was easily accepted as part of the team.”

Wilson says she had to work hard to prove herself. She was motivated to show colleagues who doubted her abilities because of her gender that they were wrong.

“I would go downstairs and carry a system unit, bring it up to my office, open it up myself, get on my hands and knees and get dirty, to find solutions. In this way, I learned faster and in the end, I was asked to come and work after completing my dissertation.”

That was four years ago. Wilson joined the bank full time, and in a short while, she rose through the ranks to become the Database Administrator responsible for managing and administering the bank’s core banking system and database and support for all staff across the entire country. That’s where she was when a call came in from the Chief Innovation Officer of the Directorate of Science, Technology, and Innovation (DSTI) asking if she would like to join other talented young Sierra Leoneans to support the country’s drive to become a hub for innovation and entrepreneurship. Wilson says the working conditions for women at DSTI are miles apart from where she once worked.

“DSTI has created a platform that encourages women more, pushes women more; and gives women opportunities for leadership roles. One of the best feelings is to come to work at DSTI, where I know I’m going to show that I’m a leader. I’m going to take charge,” says Wilson. 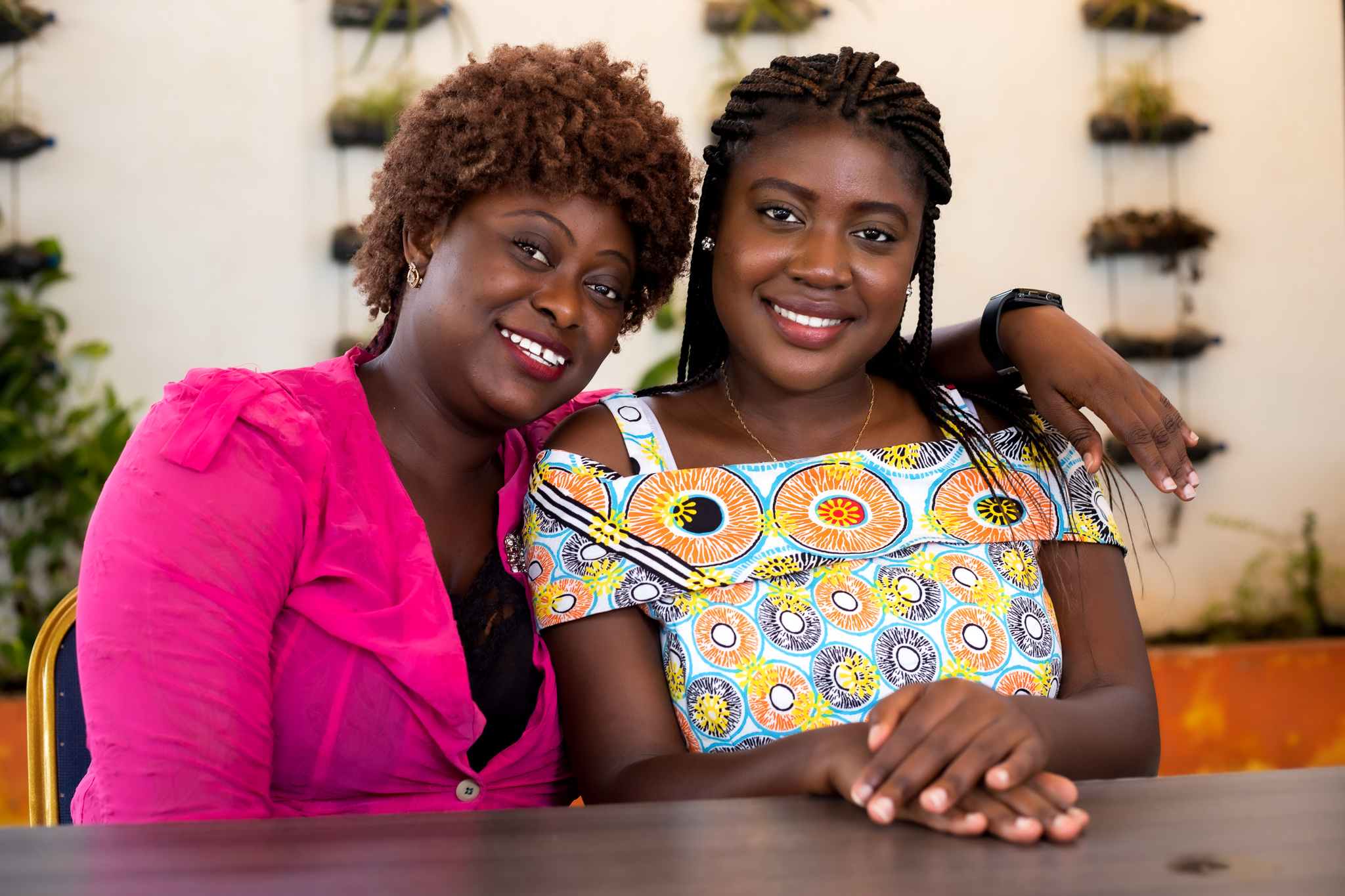 She is a data scientist and technical lead for DSTI’s Integrated Geographic Information System (GIS) Portal, an interactive platform that links disparate GIS datasets from the Government of Sierra Leone (GoSL) and its partners.

24-year-old Bineta Diop, who also joined DSTI in 2018, says that she was pleasantly surprised at the level of support and encouragement she received when she joined DSTI as an intern. This is her first job after finished university.

“As a young woman, every day, I come to work in a place where my voice is heard. I’ve been encouraged to trust my voice and myself more. I went from being an intern to being absorbed full time and then actually being promoted to technical lead of one of the projects, and it’s just because I’ve been pushed to grow here.”

She went to the University of Westminster in the United Kingdom, where she studied Business Economics. When she returned to Sierra Leone in 2018, she wanted to work in government, so she applied for an internship at DSTI. Diop says that much of her work is engaging with local DSTI partners, and it is at those engagements; intra-government meetings that she’s reminded that the culture of inclusion and empowerment at DSTI is not the status quo.

In Sierra Leone, gender-based inequalities are most pronounced in reproductive health, empowerment, and economic activity according to the UNDP 2018 Human Development Report. When the country’s Human Development Index is adjusted to reflect gender inequality Sierra Leone’s HDI falls from 0.438 to 0.282. The 35.7 percent loss in HDI shows that urgent improvements are needed towards women’s capital development.

“DSTI is a bubble. Sometimes I go to a meeting, and I’m the lead, but someone would doubt it and treat me as though I don’t belong. I’ve been asked if I wasn’t too young to be in a meeting. Other times I’m not given room to participate in a technical conversation, but because I remember that David believes in me. Even though it can be difficult sometimes, the encouragement I get at DSTI gives me the confidence to say no; I know what I’m talking about, and you’re going to have to listen to me,” says Diop.

She says that making the workplace more inclusive starts at the top. Change has to come from the people in leading positions.

“If David hadn’t made sure that women were data scientists, and in leadership, none of this would be possible. He has made it such a priority, so everybody else has to fall in line; everybody else knows that gender equality has to be guaranteed.”

Diop is a business analyst and the technical lead on the National Financial Digital Architecture Project, while she also supports the Ease of Doing Business Project at the Directorate.

DSTI Sierra Leone came into existence in May 2018 when President Julius Maada Bio appointed Dr. David Moinina Sengeh as the country’s first Chief Innovation Officer. Dr. Sengeh says that right from inception he knew that for DSTI to achieve its mission it needed to be gender inclusive.  Now in its second-year, DSTI’s workforce is gender-balanced starting from its leadership, a startling accomplishment for an organization in tech anywhere in the world. Half of the organization’s workforce is made up of women.

“From day one, I had the opportunity to shape DSTI in policy statements. One of the most important of these was to say I want half of my leadership to be female,” says Dr. Sengeh.

“I made that so by then implementing the policy, and developing the strategy to get more women in top leadership. I made sure we expanded our reach and engagements, to get the quality women applicants. And when there were no women who applied, I knew it meant we didn’t work hard enough, so we would start the process over again.”

Such high-level commitment to inclusive leadership is what Human Resource Expert and Managing Partner of JobSearch Sierra Leone Edleen Elba agrees is needed to make the workplace gender-balanced.

“Gender inclusion strategies should be part of Organizations’ wider diversity programs. These should include policies, training, discussions, and reporting mechanisms in the areas of recruitment, retention, performance management, learning and development, procurement, and workplace behavior. But don’t stop there. Guidance must also be provided that pushes for gender-neutral language, e.g., ‘they’ instead of ‘he’ or ‘she,’ ‘person’ instead of ‘man’ and make the use of sexually offensive or sexist language a disciplinary offense.” 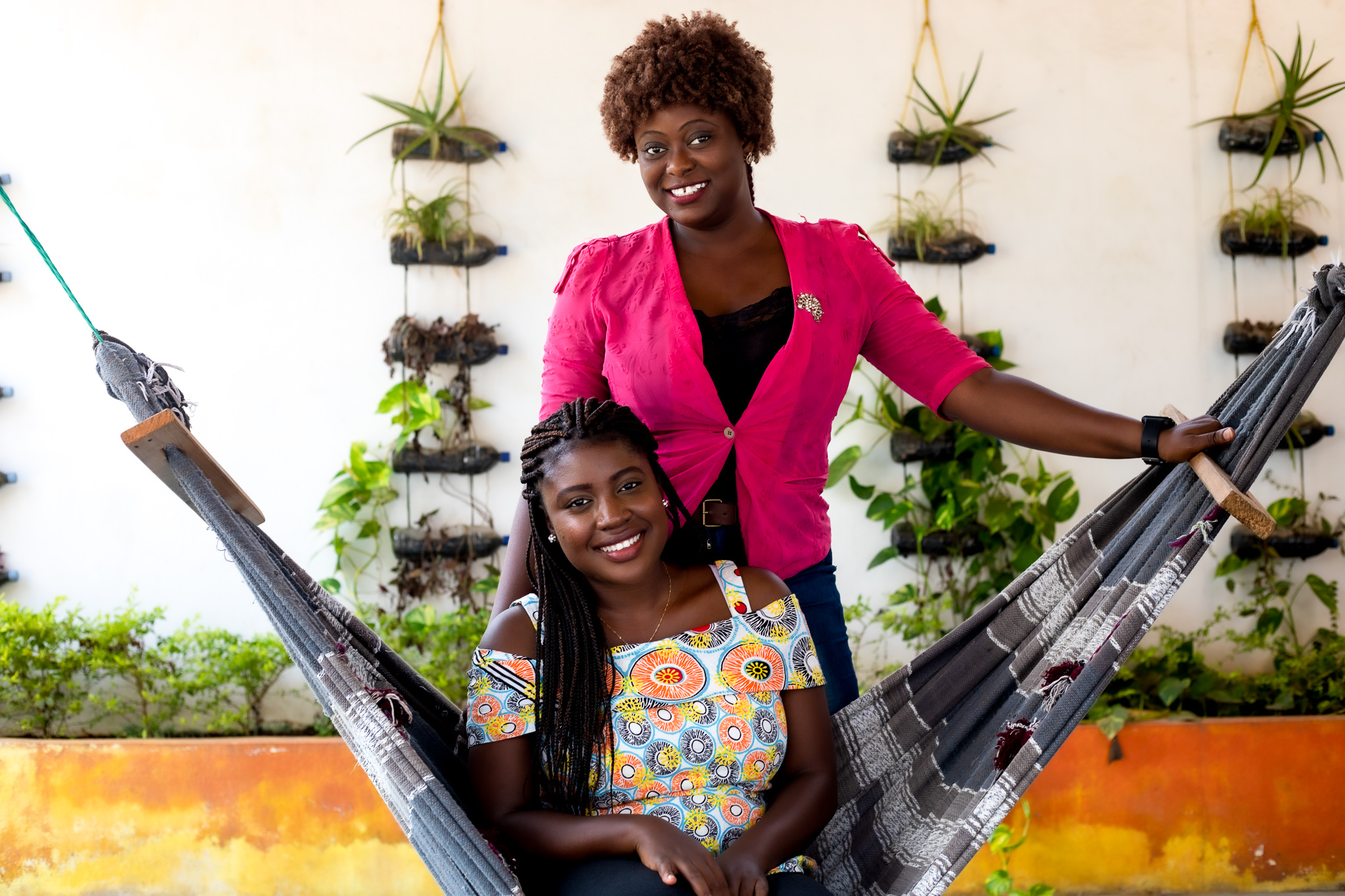 Dr. Sengeh says that to ensure that DSTI’s women thrive, he looks beyond the number of women on the roster.

“For lasting impact, we have to change the culture both internally and externally in society but especially, internally at work.”

“It means making sure that when women are at the table and in the room that we pass the mic for them to speak. Sometimes yes, as the leader, you may have to fight for this, but you must. In meetings, I have no problem stepping in if someone speaks over a female colleague or uses gendered endearments in the workplace. I fight for the women on my team, so they know we are in this together.”