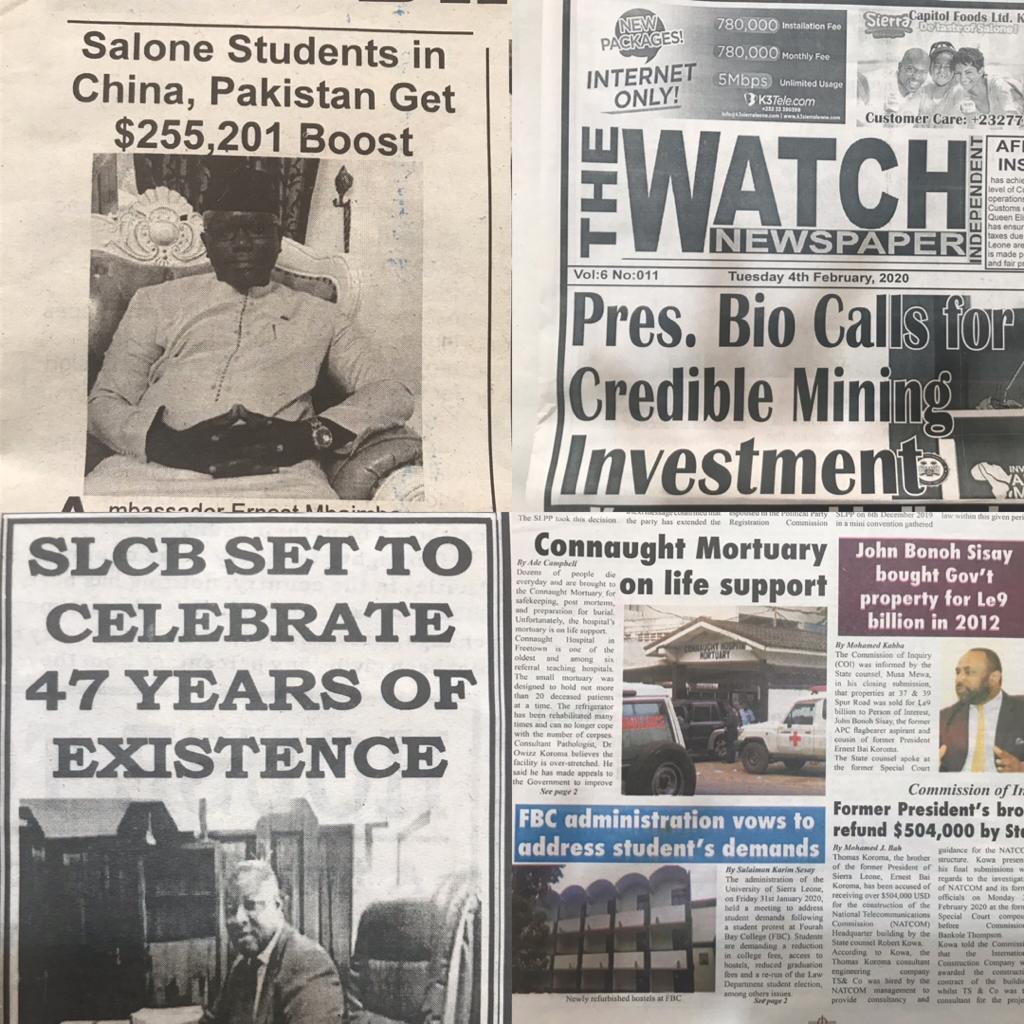 The government of Sierra Leone paid $255,201 through the Embassy in Beijing to be disbursed among Sierra Leonean students in China and Pakistan

The Government of Sierra Leone has paid the sum of $255,201 through the Embassy in Beijing as a supplementary allowance to Sierra Leonean students who are beneficiaries of Sierra Leone government scholarships pursuing various academic courses in both China and Pakistan. The Ambassador of Sierra Leone in Beijing, China Ernest Mbaimba Ndomahina says that the money will be disbursed to these students effective 3rd of February.

President Dr. Julius Maada Bio in delivering his keynote address to this year’s Mining Indaba, at the world’s largest mining investment event in Cape Town, South Africa emphasized that Sierra Leone needs trustworthy mining partners. He stated that he looks forward to working with the right partners because what we want as a nation are trustworthy, credible and patient investors who value fair and ethical business principles and practice. Investors who are interested in sustaining a long term relationship with our country.

The Connaught hospital is one of the oldest and among six referral teaching hospitals. The mortuary was designed to hold not more than 20 deceased patients at a time. Every day dozens of people die and their corpses are being taken to the mortuary for safekeeping, postmortem, and burial preparation. As a result, the mortuary is on life support. Due to the number of corpses being taken to the mortuary on a daily basis, the refrigerator has been rehabilitated many times and can no longer serve its purpose.