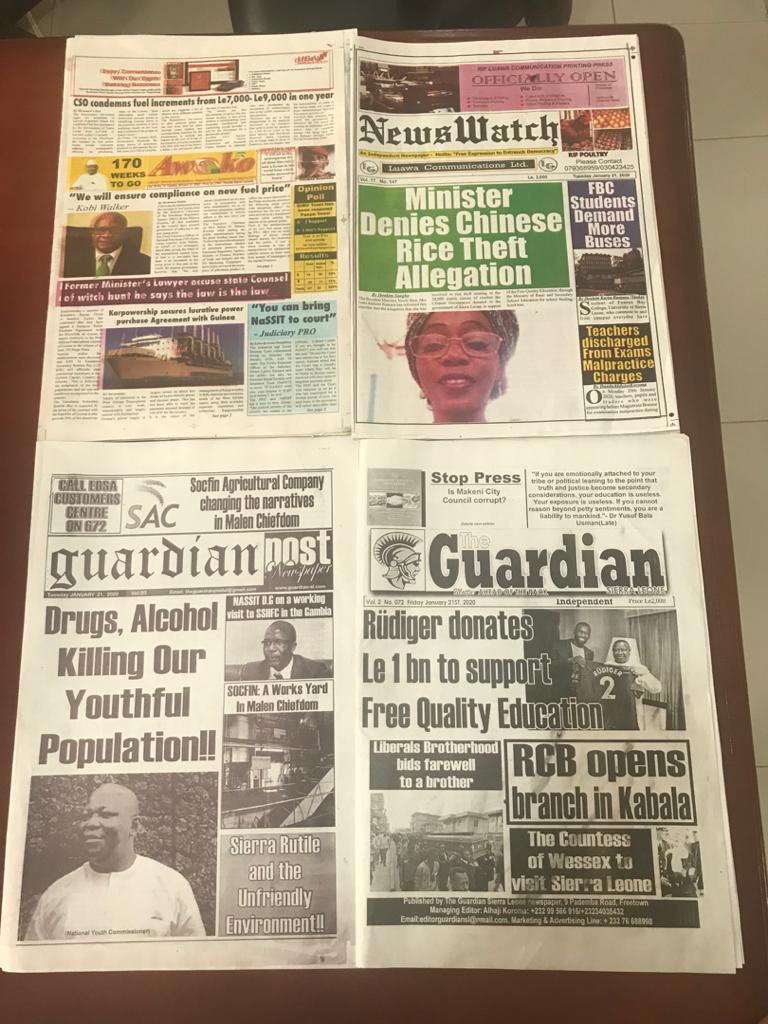 The government increased the pump price of petroleum products in the country by SLL500 from 8,500 summing up to 9,000.  This triggered a lot of debate from various quarters in the country. The Refinance Movement, a civil society organization condemns this act of the Petroleum Regulatory Agency (PRA) and oil marketing companies for such increase without a clear economic justification, as most Sierra Leoneans live below a dollar per day.

Minister for the North-West Region, Mrs Isata Abdulai Kamara who was named among those involved in the theft of rice donated by Chinese government in support of the feeding program for schools is now declared innocent by the Anti-Corruptions Commission. The Commission found out that Mrs Kamara has not received the presumed amount of rice, but a little which she distributed to schools in Port Loko.

Bring NASSIT to Court if you have any case with them.

The public relations officer of the Judiciary, Moses Lamin Kamara says the general public can bring the National Social Security and Insurance Trust (NASSIT) to court if the need arise. This statement was made in the International Social Security Court sitting of 24 cases. He arssures the public that filing a case with NASSIT will not make one lose a case, because if NASSIT owes anyone, the individual’s interest is to get their monies back.