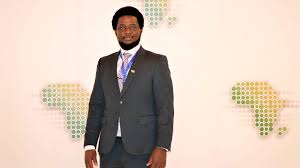 The new bill modifies the 2008 Anti-Corruption Act. Under the Act there will be increased penalty for offence, strengthening of protection for witness and whistle blowers, provides alternatives to prosecution, widens the scope of corruption to include the accused, offered, solicited, obtained or received in addition to ‘gave to accepted’.

The bill reduces the year-long requirement that persons who cease to be public officers have to file a declaration in respect of their assets. It provides for administrative sanction for public officers who fail to submit their assets declaration forms or knowingly record false, inaccurate, or misleading information in the forms.

The ACC 2019 Bill introduces trial of those accused of corruption in absentia. It limits the scope of public officers who need to declare their assets and imposes sanctions for non-compliance. It also gives ACC power to direct government contracts that circumvent the law.

The bill was first tabled before parliament seven months ago and has been passed after it under going legislative and committee stage including parliamentary vote.

The bill is now awaiting the signature of H.E Julius Maada Bio before becoming a law in the country.