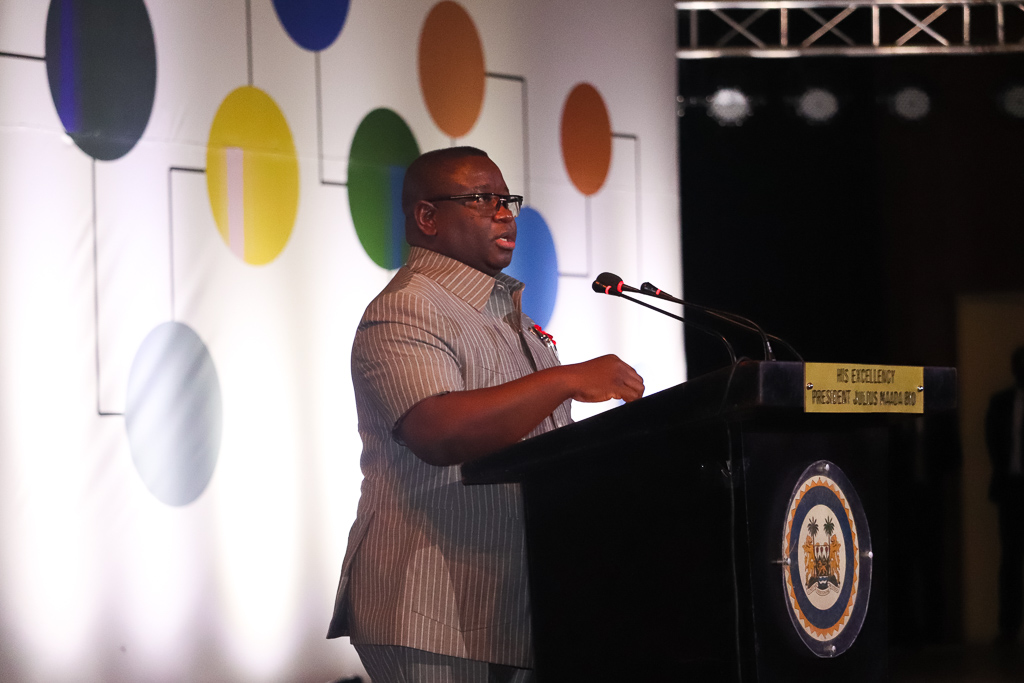 FREETOWN – Sierra Leone’s Directorate for Science, Technology, and Innovation (DSTI) has unveiled a national vision to digitize the way the government manages its resources and how citizens receive services.

DSTI, which celebrated its first anniversary this week, is the agency that provided the technical know-how for Sierra Leone’s plan to go from analog to digital over the next 3 to 10 years. The foundation for digitization under NIDS comes after eight months of consultation with government and civil society leaders, donors, international actors, and citizens.

A delegation from Sierra Leone also took a learning tour to Estonia-recognized global leaders for state-led digitization and e-governance.

“What I have learned in engagement with innovators, and technologists from MIT, TED and here within Directorate of Science, Technology, and Innovation is that if we are open to exploring new ideas, and innovatively doing things, we not only gain a better understanding of our development challenges but we also solve the problems affecting our people,” said President Bio.

Sierra Leone has a population of 7 million, with 57% living in poverty. Out of 188 countries, it is ranked 184 on the United Nations 2018 Human Development Index. Other countries with the same GDP per capita rank better on the HCD Index. The country’s medium-term development plan notes that public service delivery does not meet the population’s basic needs and developing human capital.

Over 55% of households in Sierra Leone own a mobile phone, and it is this fact that makes digitization plausible. Citizens can already access a DSTI Integrated Geographical Information System (iGIS) to retrieve information about public service infrastructure. With the iGIS Portal, citizens can use Unstructured Supplementary Service Data (USSD) to send an SMS to the shortcode *468# to locate government services-‘find my nearest school,’ ‘hospital,’ or ‘local court,’ saving time and in cases of emergency facilitating life-saving interventions.

Sierra Leone is embracing digitization so that no citizen gets left behind. It hopes to have every national own a digital ID. All government employees, ministries, departments and agencies, and national assets will also be digitized. Banking and financial services will also be digitized-the latter already underway as of August when Sierra Leone became the first country to deploy blockchain digital ID platform to make financial services accessible to the unbanked.

With NIDS, the government will better understand when, how, and where to provide services, and more importantly, which services will deliver the most impact towards the HCD.

For the vision to become a reality, the government’s leaders must embrace the change, said the Chief Innovation Officer.

One government agency already leading the way is Statistics SL – the agency that collects, stores, and analyzes demographic data to inform decision making. NIDS enables researchers at Stats to launch a Comprehensive Health and Epidemiological Surveillance System (CHESS)-a longitudinal study that will follow participants throughout their life. CHESS relies on e-ID to link data from health facilities to community-level information.

“We struggled to create the electronic identification system in other countries like Ghana, Kenya, Uganda, Burkina Faso, India and Vietnam where we implemented CHESS for research,” said

Sierra Leone’s government aims to be fully underway on its digitization journey by 2023. Over five million citizens already have a digital ID that unlocks with their thumbprint. DSTI has developed a fleet management system that tracks and manages government vehicles to stop the kind of loss that occurred in 2018 when thousands of cars belonging to the state went missing.

25-year-old Jane Williams from Cole Farm, who works at a local media company, said that to her digitization matters because of accountability.

“This will also give citizens peace of mind knowing we can use digital data to monitor officials in terms of corruption,” said Williams at Bintumani Conference Centre after the launch of NIDS.

“Sierra Leone doesn’t lead in many things, but today with DSTI and the launch of NIDS, we can say we lead with technology for development.”