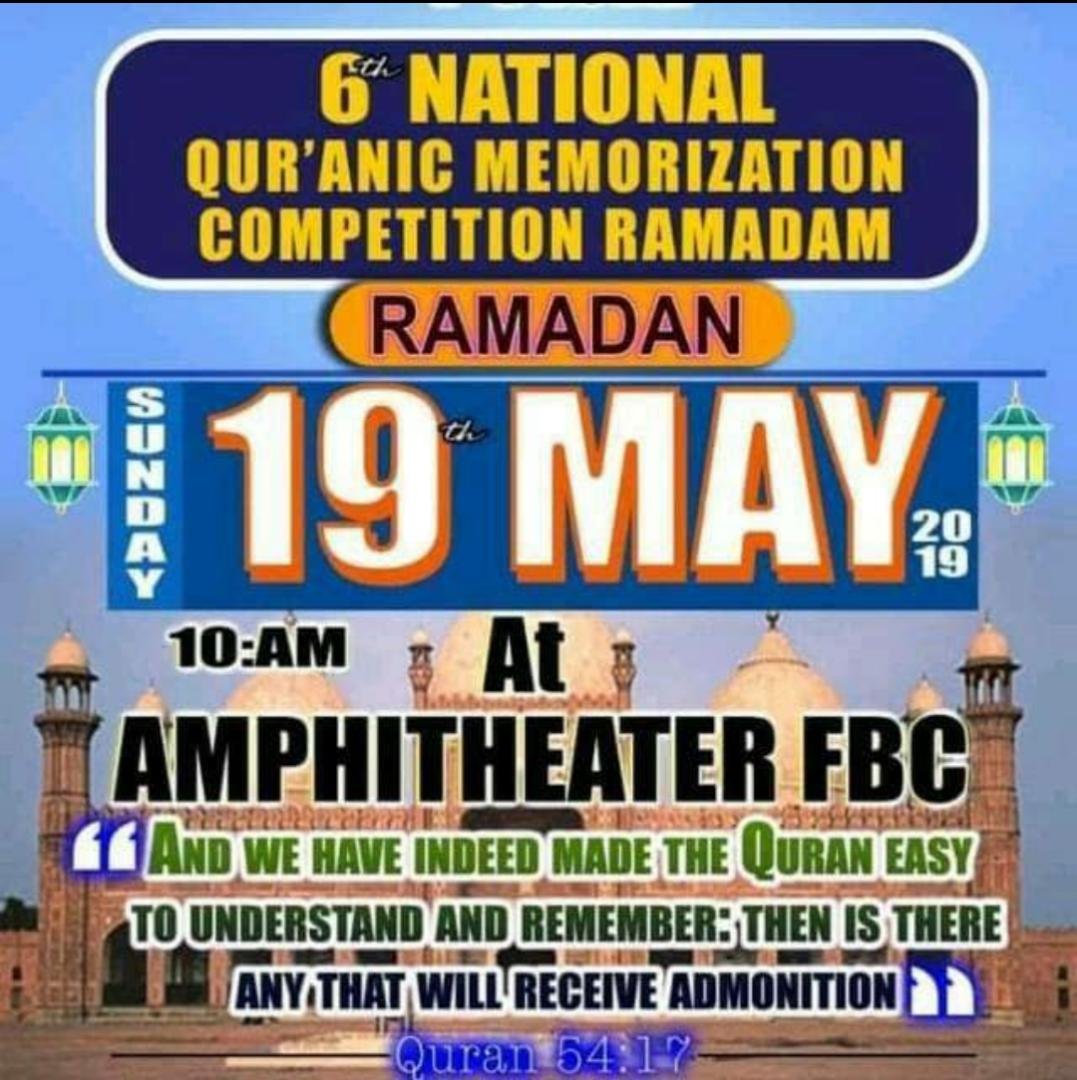 The Foundation Of Islamic Information (SL) LTD have held their 6th National Ramadan Qur’anic Memorization Competition on Sunday 19th May, 2019 at the Amphitheatre Fourah Bay College University of Sierra Leone with the title “And We Have Indeed Made The Quran Easy To Understand and Remember: Then Is There Any That Will Recieve Admonition” – Quran54:17.

“We need to behave like Muslims and a Muslim is someone who praises Allah, serves Allah and do what Allah ask him or her to do. We have a beautiful religion in which Allah has protected from its start to this day. He then blessed us with the Prophet Muhammad Rasulullah (S.A.W) to protect, guide and lead us, ” 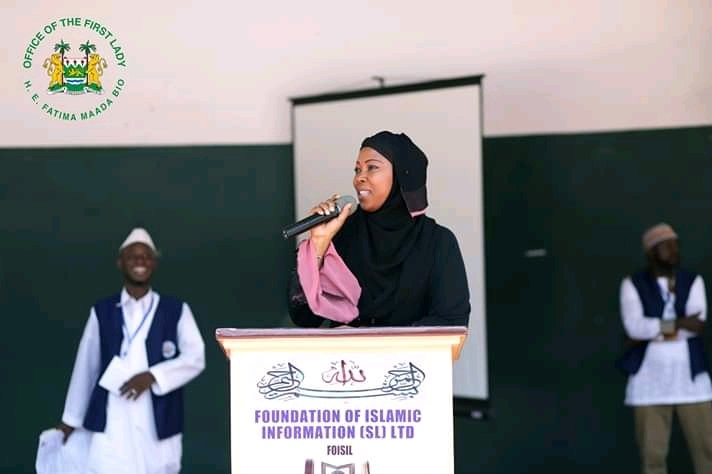 PC: Office Of The First Lady.

Shiek Farouq Umar Adam Bah the Chief Judge in his opening statement said that the Foundation of Islamic Information Sierra Leone is giving them the opportunity to meet at the said location every year in Ramadan to get a big competition amongst students from all regions in the country. 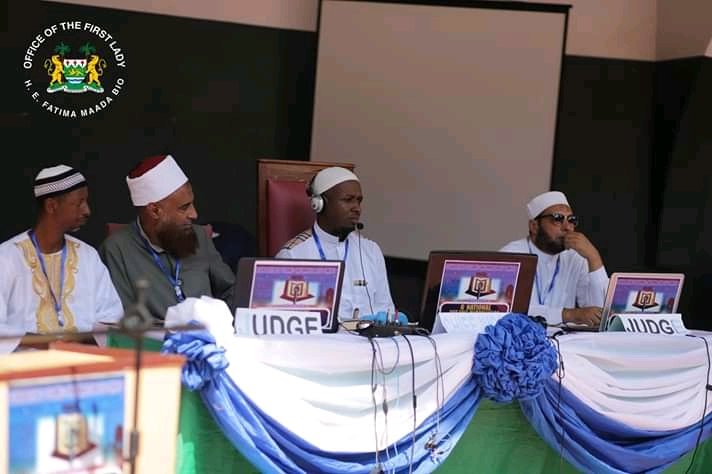 PC: Office Of The First Lady.

The competition got reciters from all over the country with both genders participating.

Of which each category has its own procedures and the total mark across all categories is 100%.
For the first category which is the Full Quran, each reciter will be asked 5 questions from an envelope which he or she will choose and then recites from the question in the envelope.
The second category which is the two third (⅔) of the Quran, each reciter will be asked 4 questions from the envelope which he or she will have to choose. Likewise, the final category half of the Quran is 3 questions from the envelop each reciter will choose.
And cut across the competition 15 reciters took part, 5 from each category.
At the end of the recitation, the winner for the full Quran was “Chernor Amadu Umar Jalloh” from the western area and a sum of Ten Million Leones was awarded to him as a take-home package and he will be representing Sierra Leone in the coming International Quranic memorization competition in Dubai. 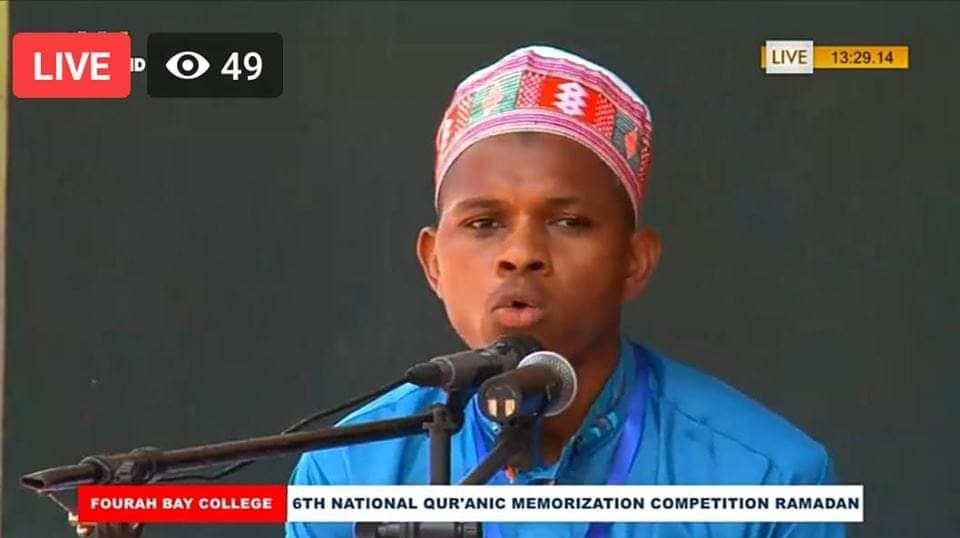 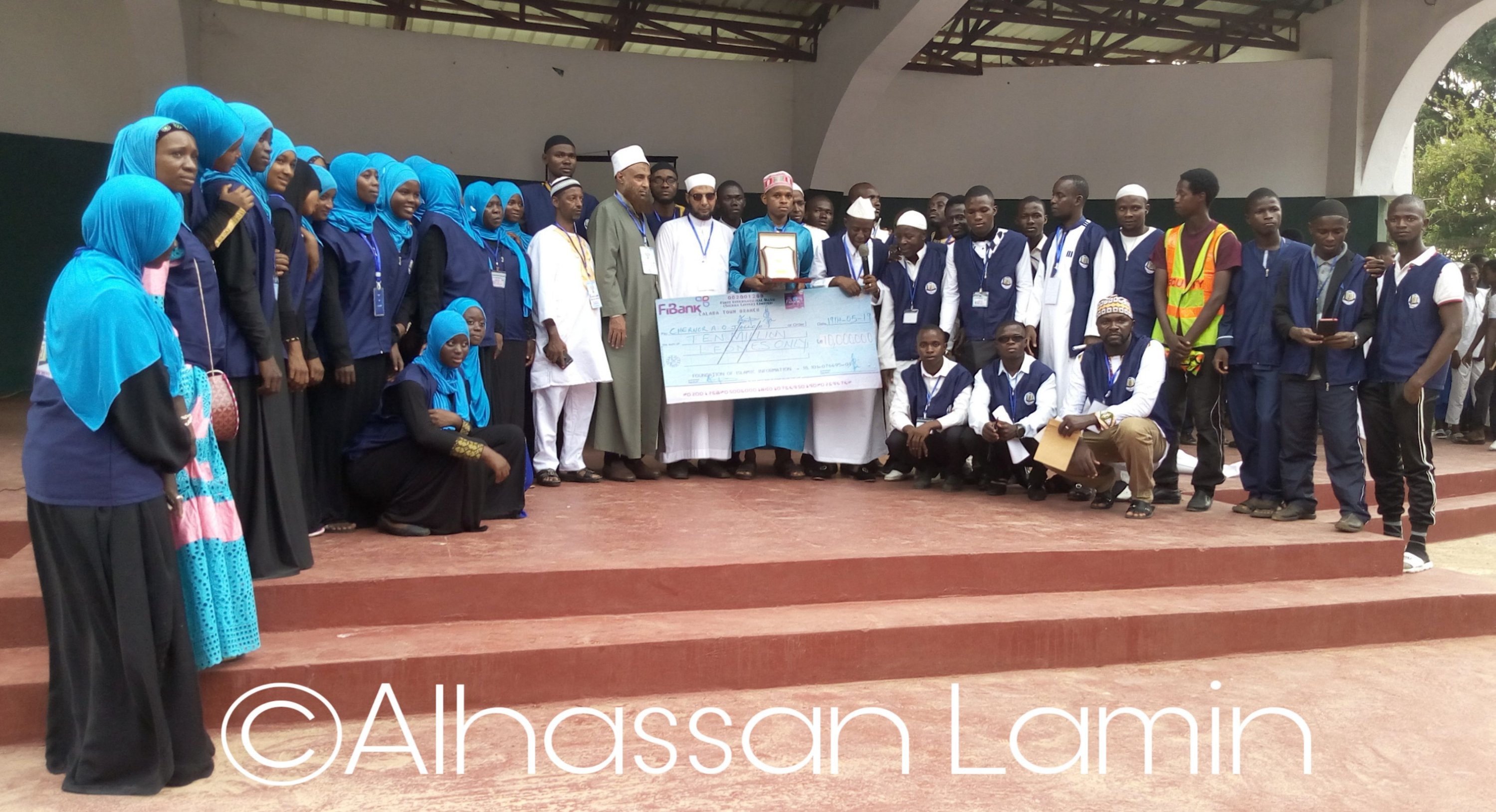 The Winner, Judges and Cross section of the organizers

In a conversation with media personalities, the winner was left with joy and excitement and thus said,

“All Praises to Allah, I was so excited when I was reciting the Holy Quran winning this means that I should Praise Allah and tell others that they should put more efforts, give opportunities to their children to learn the Quran and try to memorize it, whether big or small you have to put on efforts.”

“The Quran contains all the affairs of this world and the next, memorizing it is an opportunity given to me by Allah and I praise him, appreciate him,” he added.

If I am fortunate to represent Sierra Leone in any recitation competition, I will make sure that I put on more efforts to raise the name of the Quran.

The other two winners in the other categories are:
-Muhammad Alieu Jalloh – Half of the Quran.
– Ibrahim Bashur – Two third of the Quran.

Brother Bangali Sesay Chief organizer of FOSSIL said, People need to support knowledge because that was the essence of the competition, it is because resources have been spent on the participants, therefore, they were there to represent their regions.

“My message to Sierra Leoneans is that this has shown that Islam means peace and we are encouraging our brothers to learn the Quran, for us to have good representatives in the Dubai competition in the coming years.”

“We are pleading to the people to not just support the English education but also help their children learn the Quran because the Quran develops you in this world and the next,” He added. 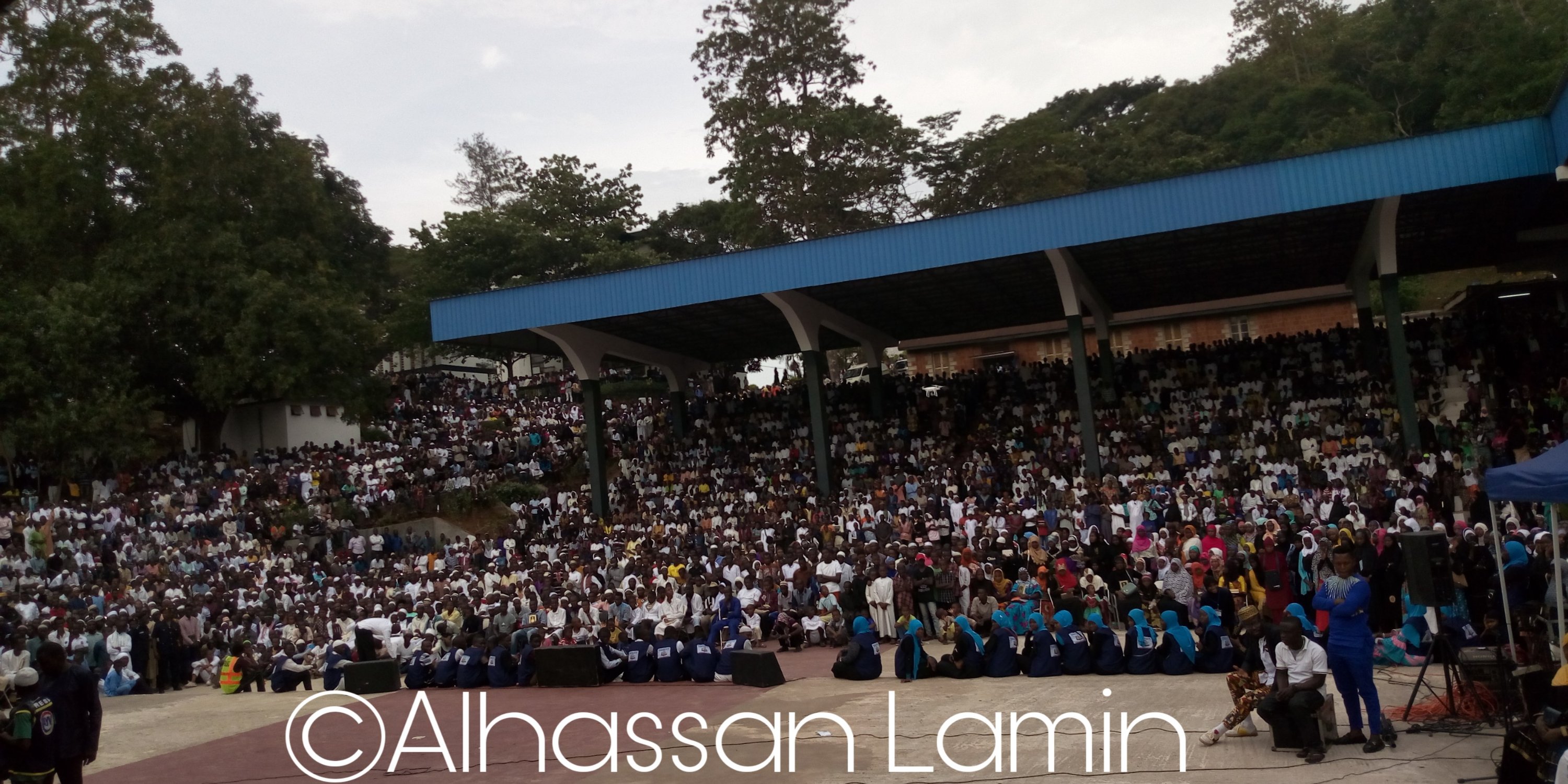 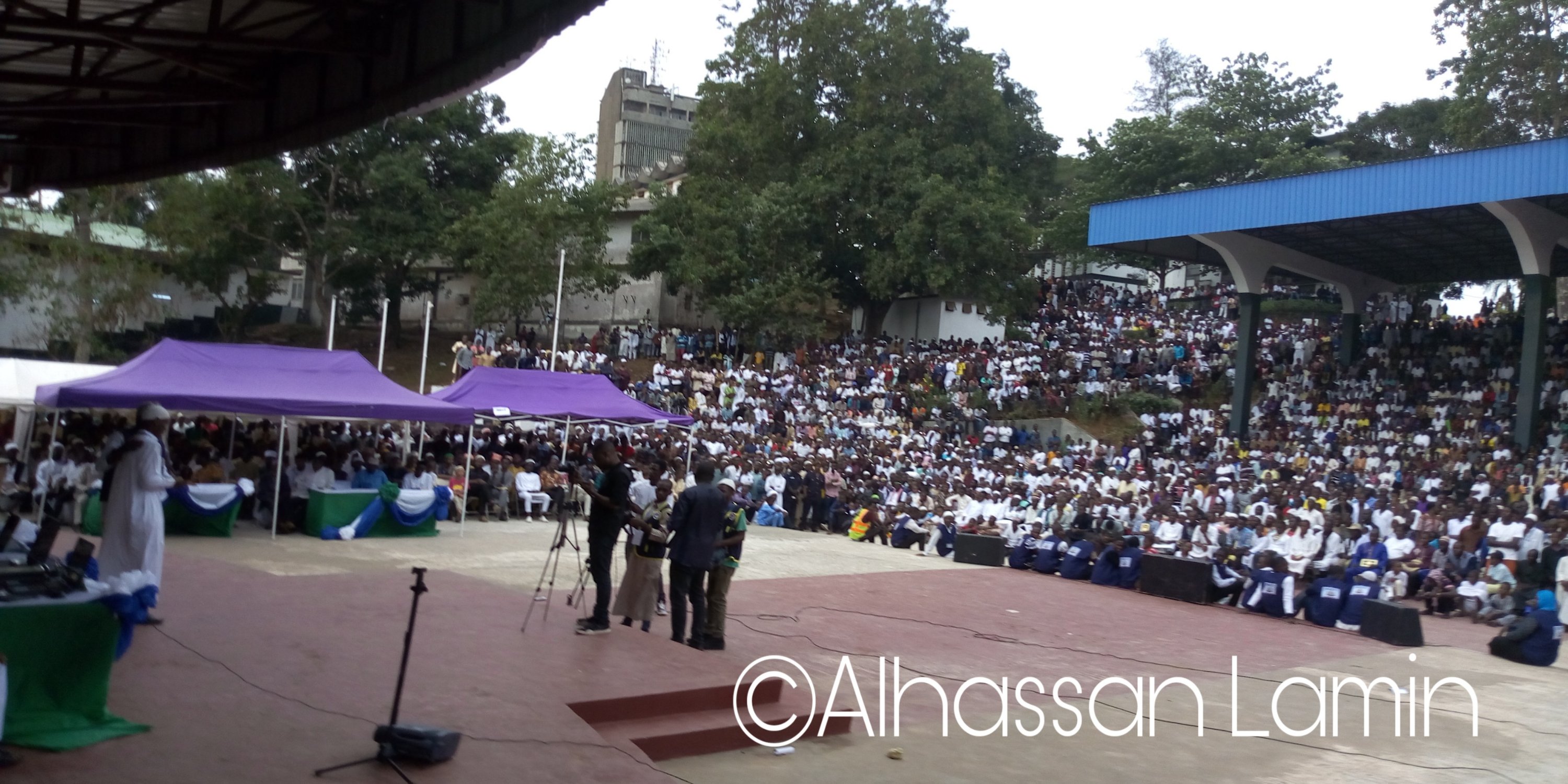 There was excitement amongst the reciters, supporters and all the people that were present at the event.

The Foundation Of Islamic Information Sierra Leone is a reputable Islamic organization that was formed on the 14th May, 2013 to promote and encourage the youth in Islamic affairs including Quranic Memorization, DAWAH and Charity events. 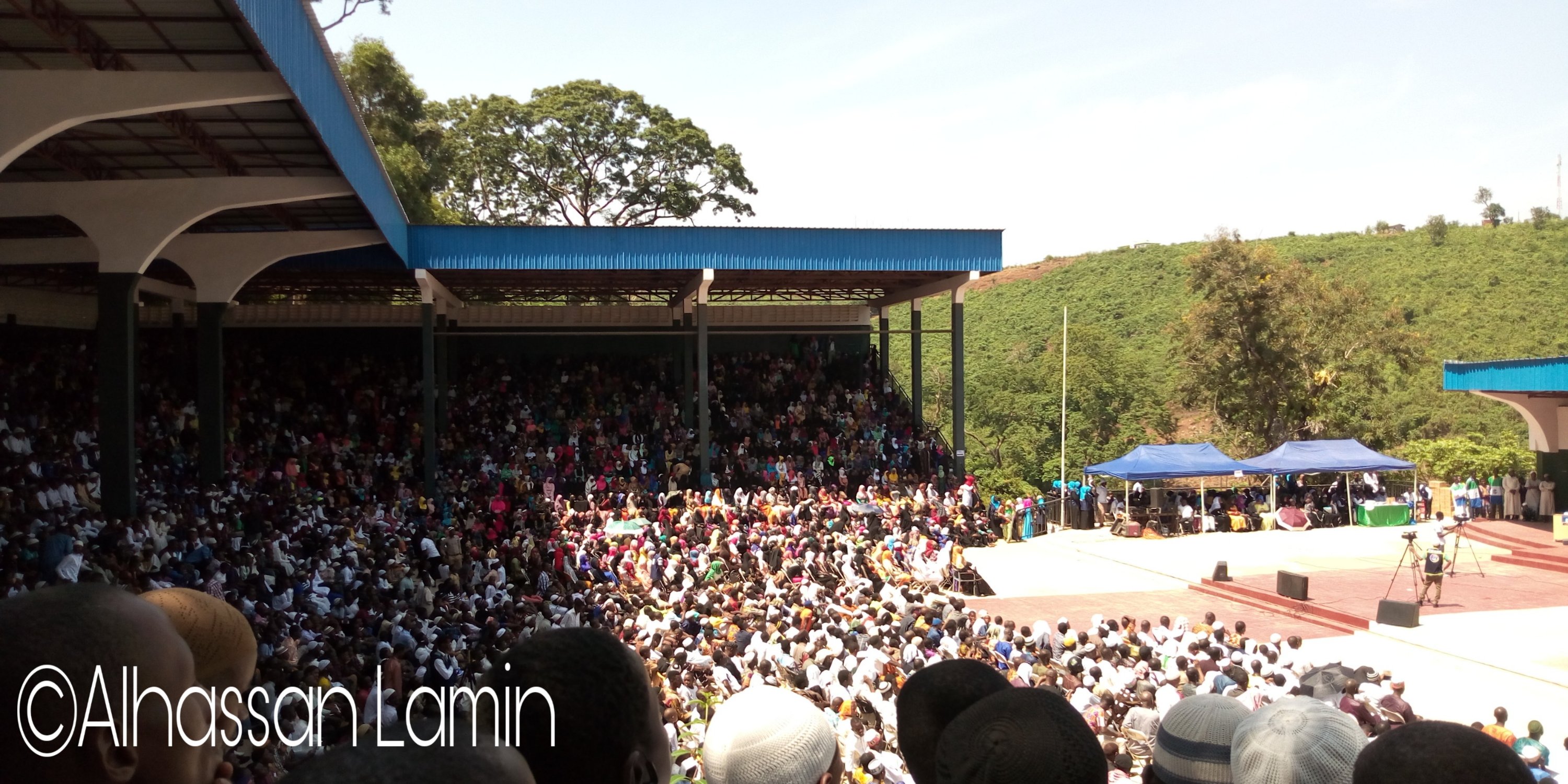 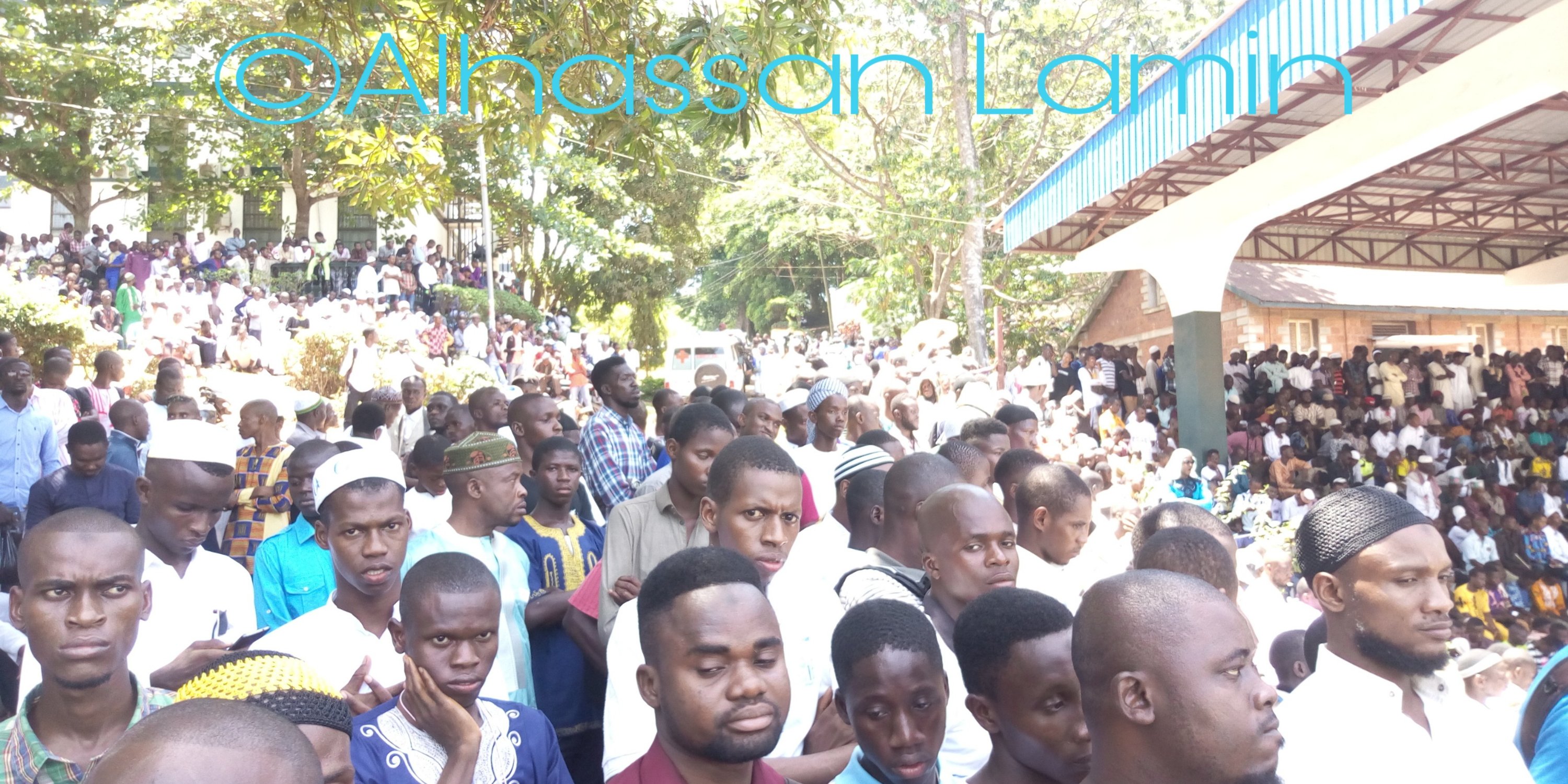 Mufti Menk arrives in Sierra Leone for the...

The Importance of Tahajjud and AI-QADR in the...