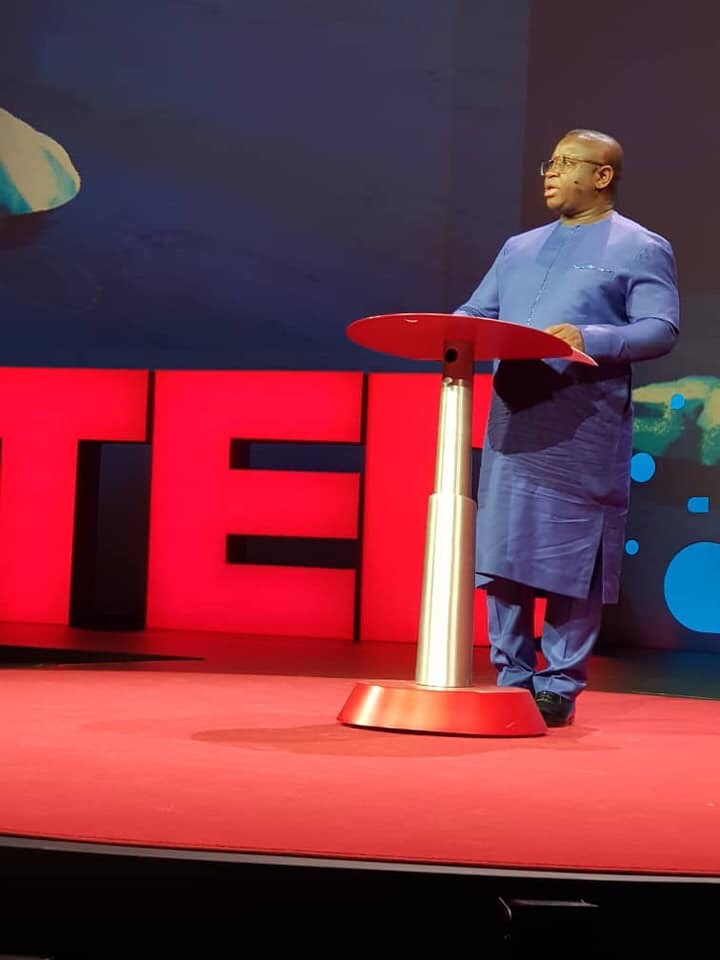 I listened to President Bio’s  passionate TED Talk today where he highlighted how far he and Sierra Leone have come. He positioned Sierra Leone as a place with opportunities for all. where technology and innovation will allow our nation of 7 million to come from behind the shadow of its past.

It was a great talk not because of the delivery (which was excellent) but because of  what Sierra Leone has been able to accomplish simply by fighting corruption.

In just one year in office the government without bringing in any new investors or any more money from donors was able to accomplish things none of us believed could happen.

I was at the Presidential Debate last year where Maada Bio talked about the Free Education Policy. At the time I didn’t think he would deliver. I actually thought it was just another politician’s campaign promise, copying the formula of Ghana’s Akuffo-Addo who had campaigned on a promise of free Senior High School Education and won. I figured Bio had thought that if it got Akuffo-Addo elected then why not him.

In August when the Free Quality Education Policy was launched many thought that the government’s priorities were misplaced. How do you fund a free quality education policy for all when you don’t have any money. The President and the Vice President even donated parts of their salaries to the project at the time.

Less than a year later Sierra Leone has been able to successfully fund free quality education for all. It’s not that the country didn’t have money, it is that money was being diverted by corrupt politicians and civil servants.


Here are the key wins against corruption highlighted in President Bio’s TED Talk:


1. Anti-Corruption Commissioner under President Bio has has 100% conviction rate. ACC has recovered over $1.5 million of stolen money. Monies recovered have been invested  into the construction of the first national medical diagnostic center.
2. Millennium Challenge Cooperation gave Sierra Leone a green scorecard for the control of corruption indicator for the first time.
3. By closing loop holes in its financing system and making it harder for public theft and corruption Sierra Leone was able to launch and fund a Free Quality Education program with two million students as beneficiaries. The FQEP funds  scholarships for all students who enroll to study STEM in college, and at the primary level it funds school feeding, and educational materials too.

The big lesson here for other African countries is this: If you fight corruption you can find the resources to invest in your people.