Sierra Leone: Another corruption scandal at the Vice President’s Office, this time Hajj 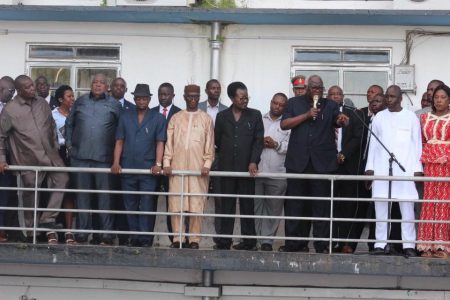 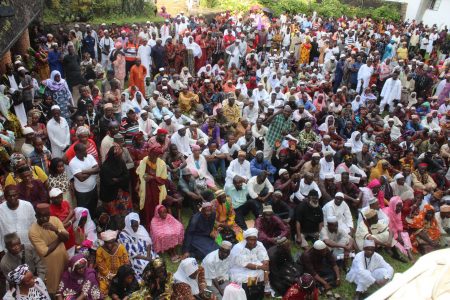 A large group of Sierra Leonean muslims who were hoping to make the annual Hajj Pilgrimage have had their hoped dashed by government officials who turned the project into a rogue pay to play lottery according to news reports.

Three officials were called back to Freetown after having arrived in Mecca because of the scandal. Alhaji Sheka Kamara, Special Assistant, Social Affairs, Office of the President; Mr. Nurideen Sanko Yilla, Special Assistant, Political Affairs, Office of the President; and Alhaji M A Bah, Minister of State, Office of the Vice President have been sacked for turning the government’s Hajj scholarship into their personal jackpot. They sold the seats meant for poor muslims to foreigners willing to pay upward of $2500, meaning that many who should have gone could not go.

Those pilgrims who were left out met with the President at State House today. Instead of accommodating them within the building, these already down and out pilgrims were left to sit on the ground outside while the President, and all his men, including the Vice President (who oversees the Hajj committee) spoke down to them from above. The President said he would make sure an investigation is done and that so long as APC is in power the pilgrims will make it to Hajj.

The fact is that many of those pilgrims will never make it to Hajj, a once in a lifetime opportunity even for the wealthiest of muslims. The preparation for Hajj can take years for poor families to save. It is a cruel and wicked turn of events that they can not go. That the Vice President was allowed to stand above this crowd after having failed them so completely is both disrespectful and dishonorable. He should have had the decency to stay away. Why do these people have to sit outside on the ground? Why are there no chairs or tents? Why no attempt to give dignity to people already suffering from the brunt of the government’s own ineptitude?

People are fed up of the corruption in this regime. Sierra Leoneans deserve better!

African Diaspora Fashion: Prince Zamira is a new brand for men and women

Ghana is the first country in Africa to...

Isha Johansen is out as president of Sierra...