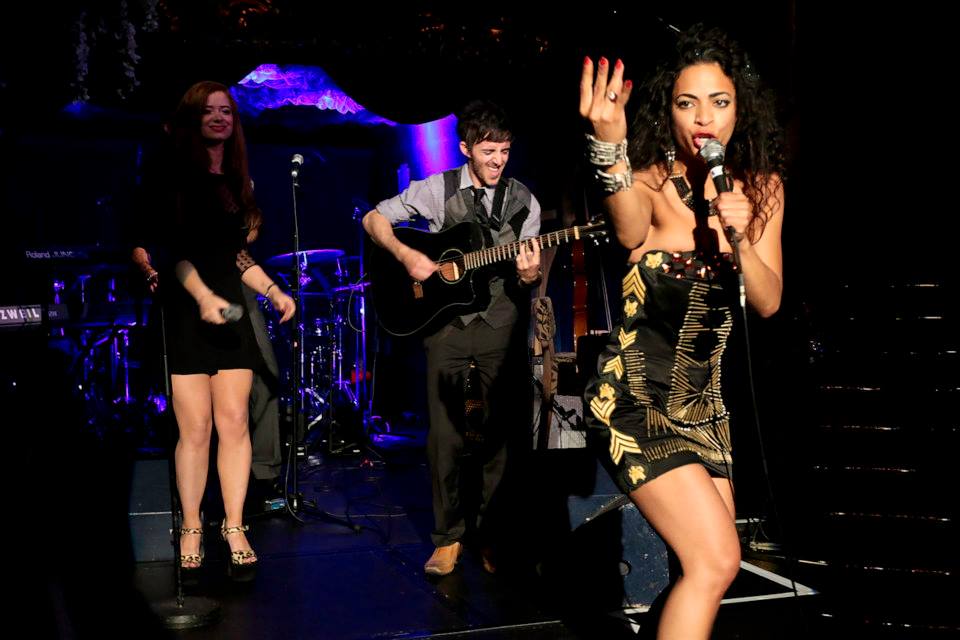 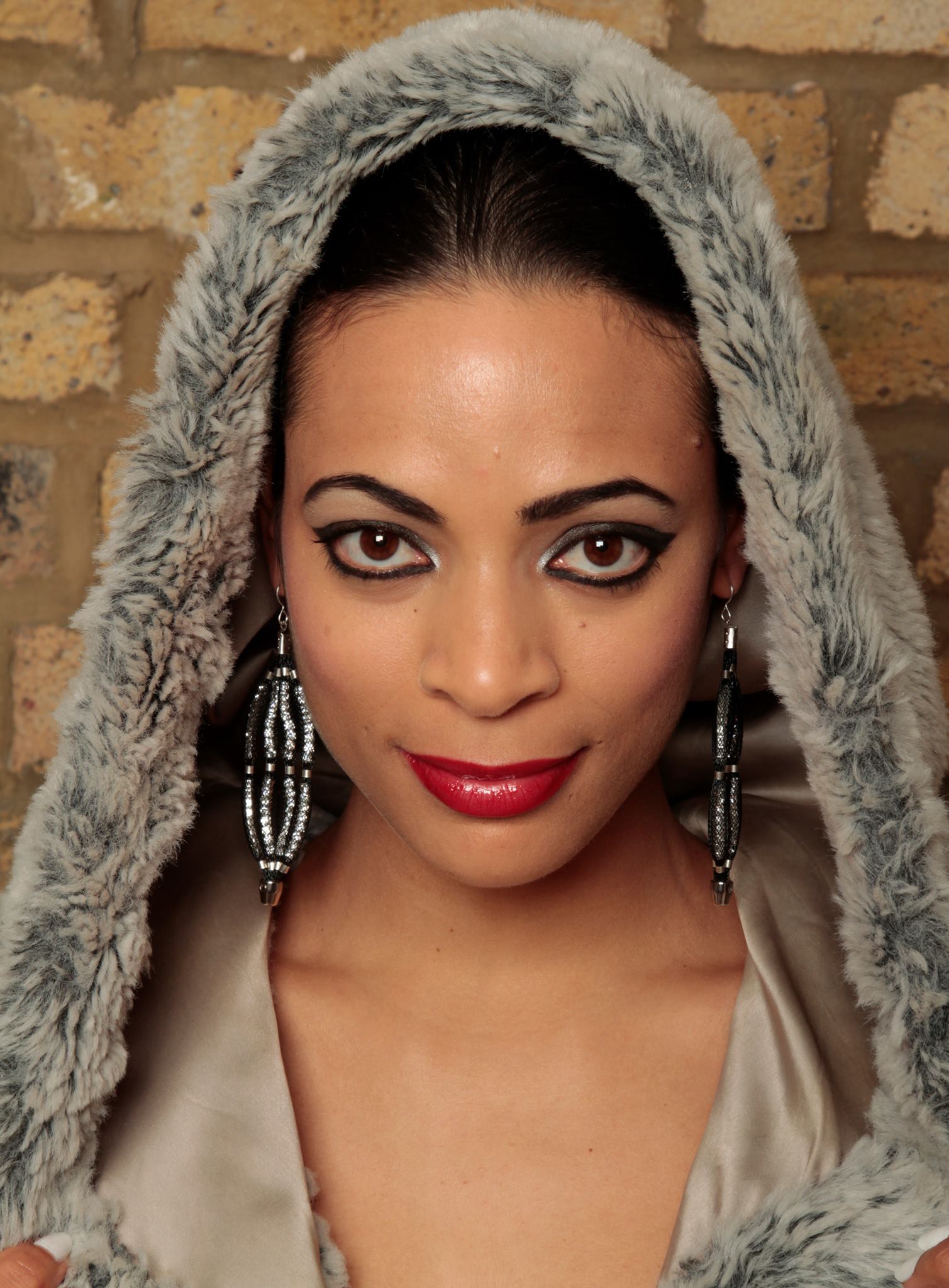 Who is Yasmin Kadi?

I am an Afrobeat singer, and song-writer. I am currently appearing in the new Guitar Hero Video Game as one of its lead singers.

Where, and when were you born?

Where did you grow up and why aren’t you there now?

I grew up in Freetown. Left due to the 1991 civil war (blood diamond conflict). Several truckload of Rebels pulled outside my house at 4am and attacked my family, nearly beat my dad to death and took him (dad) away. Eventually we were able to escape the country and fled to the UK.

What is your earliest memory of you singing?

As early as I can remember. Maybe at 5 or 6 years old.

When did you fall in love with music?

Around the same age. There was always music in our house as a child. My dad used to play music all the time.

Why did you start to do music?

I started making music because I felt I had a lot to say. I have a busy mind and music gives me a buzz like no other. I sing professionally . . . but writing my own songs allows me to express myself and hopefully to inspire others in a positive way.

Why do you continue to do music now?

Despite all the obstacles, I enjoy doing music more than anything else in life.

Music s an escape for me, even though a song only lasts some 4 minutes. In those 4 minutes I escape and I don’t worry about a thing. I want to create that for others. And I hope my music and journey will inspire others to overcome whatever adversity they are facing.

Have you had another career that wasn’t in the music industry?

Yes, I have acted in musical theatre and on TV.

Who were the most influential people to you in your early years and why?

My parents have always been the most influential because they worked tirelessly to look after us and make sure food was always on the table.

Being mixed of African and Lebanese we were not really seen as black or Lebanese … and weren’t fully part of either community. In short, we didn’t fit in but that was like water of a ducks back to my parents.

What were your favourite music/artists in your early years and why?

Whitney Houston, Maria Carey, Bob Marley, West African Music. My dad also played a lot of Country Western music, so from an early age I was listening to Dolly Parton and Kenny Rodgers. These artists were telling a story that really touched me. It wasn’t just about them singing songs; they really knew how to convey emotions vocally, and take you on their journey, be it joy or pain.

Who are your musical idols?

What influences your music?

Everything! Movies, real life conversations between people on the bus, the Tube, train, conversations with people on the streets. Recently I saw an old lady struggling to get up the stairs on the underground. As I ventured to her aid, I asked “Are you OK?” She replied “More or less, more less than more” …. (Lyrics right there).

Who are your musical influences?

Everything and everyone! From the days of TLC, Boys to Men, to, Nicki Minaj, Jessie J, Pink, Lady Gaga and even One Direction.

Have you ever met or played with your musical idol(s)?

What made you start playing music? What accomplishment are you most proud of?

I started doing music because I love nothing more than music.

My proudest achievement was having my Debut EP (self-release) go to Number 1 on iTunes Ireland, and to get asked by “Guitar Heroes” to lead one of the female bands in the new Guitar Hero Live 2015.

How did you arrive at becoming an artist? What path brought you here?

Being a very young refugee in the 90’s “you don’t know much about much”, so I started off at stage school. Trained in Musical Theatre, toured around for years and performed in a few shows in London’s West End with the likes of Harvey, Javine and Michel Collins in the blockbuster show “DADDY COOL”. I also played the lead actress (the part made famous by Irene Cara) in the top show, “FAME”.

What are you most passionate about professionally? What most excites you about your music?

I am very passionate about performing live, especially after a few performances on the road and one’s more relaxed and you feel free enough to try different things on stage.

The thing that excites me most about music is the journey of a song. Comparing the first few lyrical ideas to the end result. Listening to the “full on production” on the final edit. It’s a beautiful feeling. You feel very proud. (Almost like you and your team didn’t create this. You were just the vessel it came through from somewhere in space. Sounds crazy I know).

What are you passionate about personally? What do you really enjoy? What can’t you stop talking about?

Personally, I love a good BBQ. I really enjoy spending time with my family as I don’t see them much. Especially my mum, my niece and nephew. Food and family on a sunny day. Nothing beats that. I also LOVE making my own outfits for wearing on stage. I have a vision and transferring that from paper to material is very hard but when it’s done. OMGosh!!! It makes me very happy!

Anything else you’d like to tell people about yourself?

As someone who was homeless, I am very passionate about helping the homeless directly by giving them food and money on the streets. I don’t always think before I speak. I probably always say the wrong thing and I wear my heart on my sleeves.

I was bullied when I was young, so I hate bullies. When I was brave enough to defend myself, I did and always stuck up for those who were in the same situation as me.

Why should people care about you and your music?

People should care about me, because I think my story and music, gives hope and says no matter how bad things are, there is always hope and you can fight the odds and still achieve things in life without selling yourself for a price and compromising who you are and what you stand for.

From being attacked by literally truck loads of rebels and running for our lives, from watching our dad nearly being beaten to death and taken away from us, cleaning his blood off the floor as a child, being homeless in the UK and staying in a hostel… to getting a call to sing with Roots Manuva or appearing in a video for Mary J Blige is just crazy and unreal.

First ebola ‘EBOVAC-Salone’ vaccines given out in Sierra Leone

Ghana is the first country in Africa to...