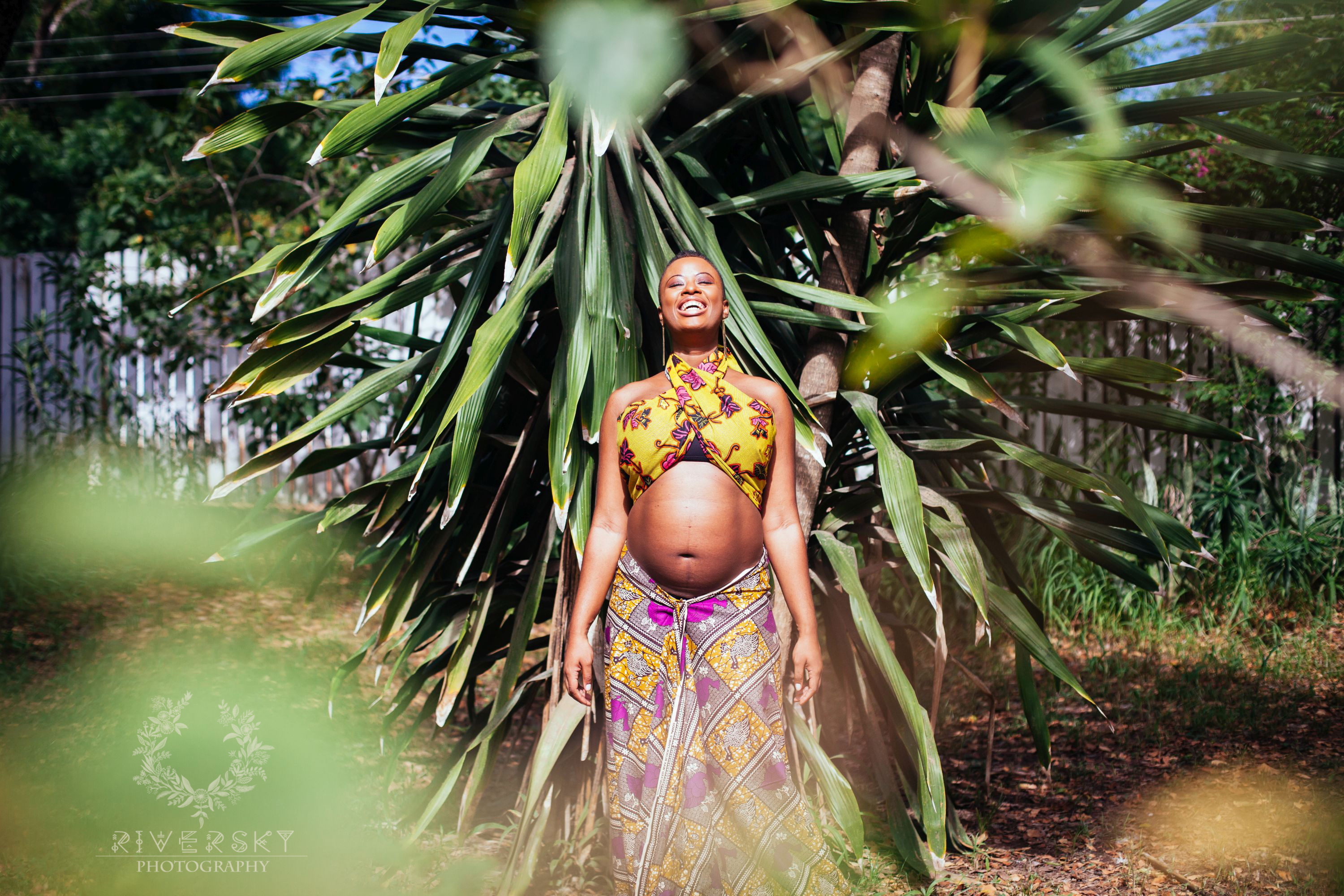 I always said that if I had a child it would be when I turned 30, so when I found out I was pregnant weeks after my 30th birthday I knew it was the right time. I had decided on 30 because my mother had had me at 30 and I liked the age difference between us. It was an arbitrary number at first but as I got past 25, it started to become all too real. While I’ve never known if marriage was for me, I’ve always known that I would have a child.

It just so happened that I was in a relationship when I turned 30, and so it was, that a love child was conceived. I would like to believe that if I hadn’t been going steady a baby was gonna have to happen one way or the other. This is not to say that I was not apprehensive about pregnancy but more so to show how committed I can be to my plans. My child’s father and I talked about having a child and we both decided we were ready and this made it much easier to take the plunge into parenthood.

I was raised by two very strong women, and although both of them were married my mom and my grandmother always told me as far back as I could remember that; “way uman bon pikin na foh im sef so na foh make sure say you ready”. Meaning that whether a woman was married or not she should make sure that she was ready to raise a child before she had one. Experience had taught them both, that men no matter how reliable don’t always stay around to raise their children, and worse still that anything could happen even in the most stable of marriages.

I prepared myself to have a child by first making sure my finances were correct. This meant reducing my consumption of things and focusing on growing my business. If I didn’t feel comfortable enough with my own independence, it would have been difficult to come to terms with having a child. I also prepared mentally, going through all the what if good and bad scenarios and trying to figure out what I would do in case they happened. Once I was prepared for the worst, I felt I was ready to take on pregnancy and mummy hood.

During my pregnancy I was mostly alone, and I didn’t share the news with my close friends until I was almost 6 months pregnant. I could do this because most of my loved ones live in different countries and I live by myself. Even my mother did not suspect anything until I finally told her at 5 months.

I didn’t show or discuss my pregnancy on social media because being pregnant was and is a uniquely personal experience. No two pregnancies are alike, just like no two women’s bodies are. I don’t fancy people giving me advice over things they presume they know about, like another person’s body.

I only wanted to share it with my very close friends and family and not my entire social media following. Plus they tell you not to tell anyone you’re pregnant that you wouldn’t want to tell that you’ve had a miscarriage. And I had had a miscarriage before. A third of all pregnancies end in miscarriages, it is just a very real fact. While I had absolutely no complications at all with the pregnancy it was mine and mine alone and it was a happiness I wasn’t keen on shouting to the world. The only time I felt I wanted to shout it out was when men would hit it on me. Each time I wanted to just say My God can’t you see, can’t you observe? I mean even when I was 8 months pregnant, with a nose that could put Pinocchio to shame, a guy who could clearly see my belly said to me, “You’re so beautiful, that could have been mine”. I couldn’t help but laugh at the ridiculousness of it all, and like compliments no matter how silly often have the power to do, it made my day.

Now that the baby is here and well, I can start working on my next plan, which is to make a million dollars by the time I turn 33. Ok Bye