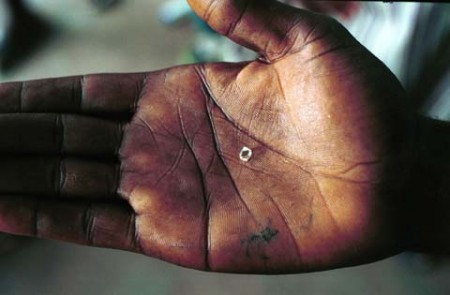 Sierra Leone’s development partners have spent an estimated 8 million dollars helping the government become  Extractive Industries Transparency Initiative compliant but the EITI board has just announced that it has suspended Sierra Leone for failing to meet its requirements. This period of suspension is to allow the government to “undertake corrective actions” says an EITI news release.

The EITI sets standards to make sure that the citizenry of  resource rich countries benefit from monies raised from the extraction of their natural resources. There are 5 requirements for countries to be graded as compliant. These requirements include identifying a senior person to oversee compliance, as well as publishing revenue collection data for civil society. When countries are compliant, this should increase  transparency and accountability in the oil, gas, and mining sectors.

Since becoming an EITI candidate in 2007 Sierra Leone has published several reports towards compliance. The government set up a steering committee and  in 2009 received a $280,000 grant from the World Bank to assist towards this effort. In 2011 the World Bank committed 4 million dollars, while DFID gave GBP 2.1 million towards Sierra Leone’s EITI compliance. A staggering 93% of the World Bank grant was ear marked for  public administration or capacity building.

Sierra Leone’s last EITI report for years 2008 and 2010 was published in September 2012. The assessment compiled by Boas & Associates in Ghana showed that there were major discrepancies  between monies paid  by companies in the extractive industry to varying government agencies. According to the report  “government received a total of US $18.5 million in revenues in the years 2008 to 2010.”

At the launch of the report, Kwaku Boa-Amposehu of Boas & Associates highlighted two major concerns. First the Ministry of Mineral Resources and the National Revenue Authority, the major revenue collection agencies in Sierra Leone, collected payments in different currencies. The first in dollars and the latter in leones. This he said created duplication in the collection process. Also the ministry could not show receipt for US$1,000,000 as mining license from African Minerals in 2010 with any documents.

“Some district councils and chiefdom administrations received payments from companies as surface rent but failed to indicate receipts provided in return for these payments,” he added.

Donors continue to fund EITI compliance in Sierra Leone but all the consultants and committees cant seem to make it work.

Read this piece on Africa Review