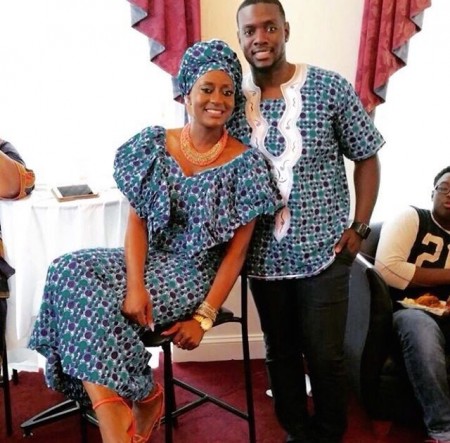 Natasha Beckley is engaged!The ex pageant queen’s boyfriend, Stephen Tucker gave her an early birthday surprise and proposed to her on Sunday, two days before her 28th birthday.

Following a fun day out at a theme park,  Mr Tucker , as she likes to call him, went down on one knee to popped the question to an unsuspecting Tasha , who happily screamed yes!! accepting the proposal.

Tasha announced the news on Instagram, with a series of pictures of her flaunting her cluster diamond engagement ring after the magical moment, writing, “He proposed and #iSaidYES.

She also captioned,thanking God in gladness ” Lord I thank you for your continuos blessings, My best friend #boyfriend or should I say #Fiance…. #MrsTuckerToBe”

The newly engaged are celebrating their engagement along with Natasha’s birthday celebration in Jackson, New Jersey, spending some quality time together.

He proposed and #iSaidYES #happybirthday to me

Get your inside scoop on Sierra Leone Celebrities and Fashion here: https://www.facebook.com/LikeCornerYai/timeline

Trailer for Iweala’s Beasts of No Nation with Idris Elba, Ama K (WATCH)

The Vickie Remoe Show is now showing on...

AYV, Africell pay out to winners of Housemates...