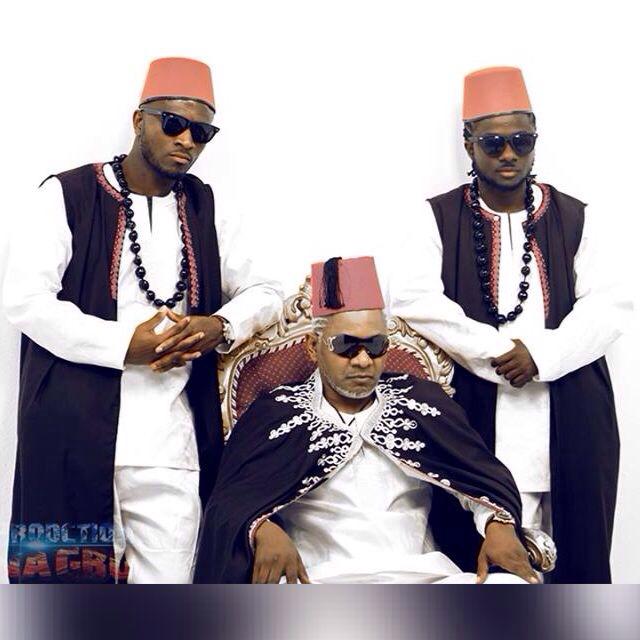 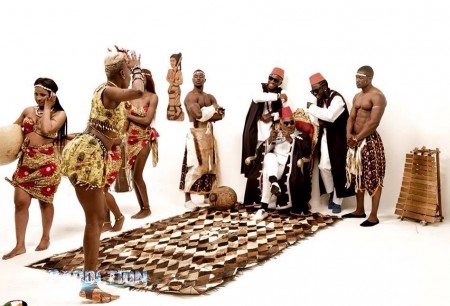 On set with the boys, Isa and Mistri Bangs gave a teaser summary of what we are to expect from their video. Still with lyrics about girls shaking their hips and behinds the concept for this video is more of a structured storyline than their previous.

Based on a small village in Sierra-Leone called “Sarfrokor”  the story sees  Awilo as King Longomba highly respected by the people of the land and the Doublebangz  boys as his grown sons, who are yet to settle down.  There is a competition held by King Awilo “where girls can showcase their beauty and most importantly, their dance moves in hopes that his sons can pick one girl each to be their wife”.

With what resembles an african cinderella story line, the boys made very handsome prince’s in their  Moroccan Jebba inspired outfits  and the traditional afro-styling looks well thought of and put together.

Looking forward to the Video Boys.