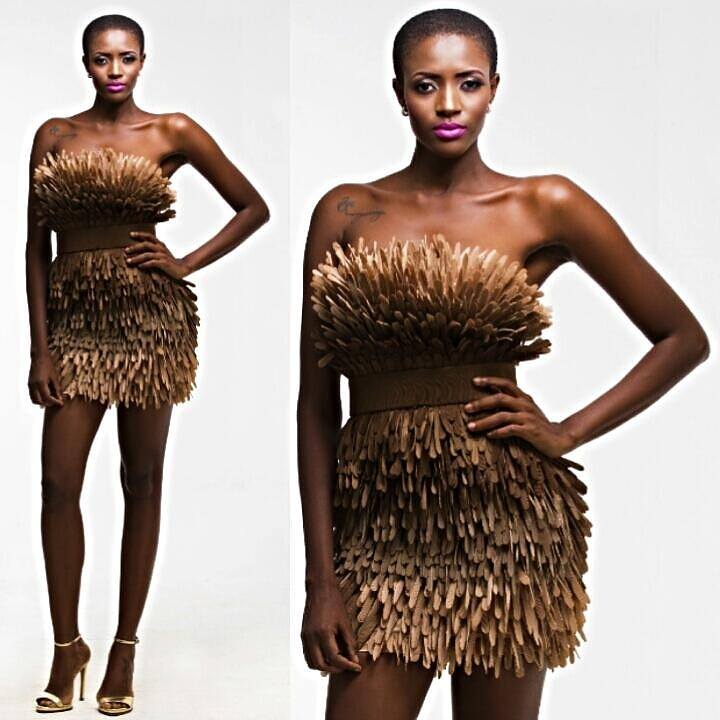 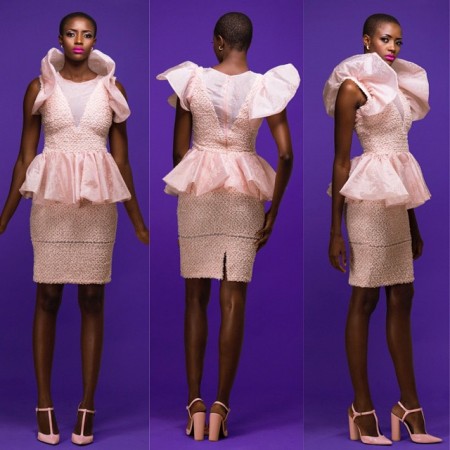 Zainab looks haute in the new photo campaign for the line, which consists of a variety of looks ranging from a coral pink tweed chiffon peplum suit, to a ruffle spike dress and a black Illusion bustier jumpsuit. She appears both sassy and sophisticated in a fawn lace illusion back blouse with mini pencil skirt which highlights her incredible figure.

According to designer Melanie this collection  “represents the new African woman. A strong independent, self motivating and high achieving woman from any where on the continent”

The criteria for such a woman that wears these designs is “ATTITUDE”. A woman who wakes up in the morning and tells the world, you may be standing still, but I am moving forward .

All reasons indicating why she chose Zainab to represent as the face of this collection “I inspire and Africa inspires me . I chose a model from a country that is currently receiving bad press to show the world that out of all the negativity lies a positive progressive achieving woman”

‘Blusajupe’ is available to purchase on several online stores and there are Melanie plans to open shops in other African countries soon.