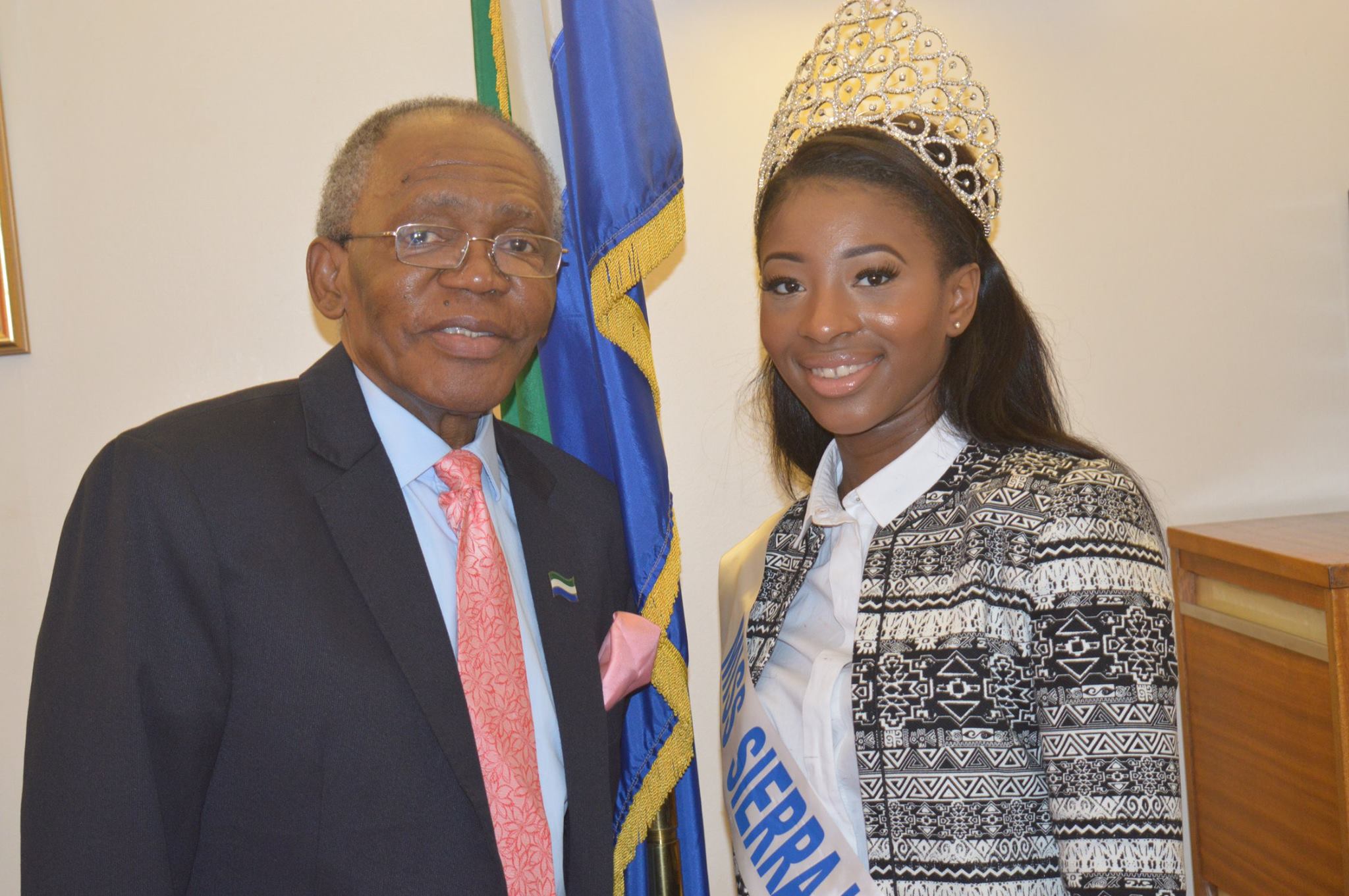 Yazmin Karim, the 2015 Miss Sierra Leone UK winner has just wrapped up her first round of official visits and courtesy calls. She met with Ambassador Edward M Turay at the Sierra Leone Embassy in London.

Recently Miss Karim was part of a team of representatives including the Deputy High Commissioner to the UK, who attended an event for the Sierra Leone Diaspora at the UK Foreign & Commonwealth Office.

The event was held in order to build on previous discussions with the diaspora community in the UK with regards to actions being taken in the fight against Ebola. Present at the conference was Mr George Hodgson (Head of Ebola Task force at the Foreign and Commonwealth Office) as well as a government panel with representatives from NHS and DFID.

Miss Karim had this to say about the conference:

“Overall, it was an enlightening event.  It allowed me the opportunity to see and hear first hand the efforts that have been made supporting and aiding the ending of Ebola. I was honoured to be a part of it.”