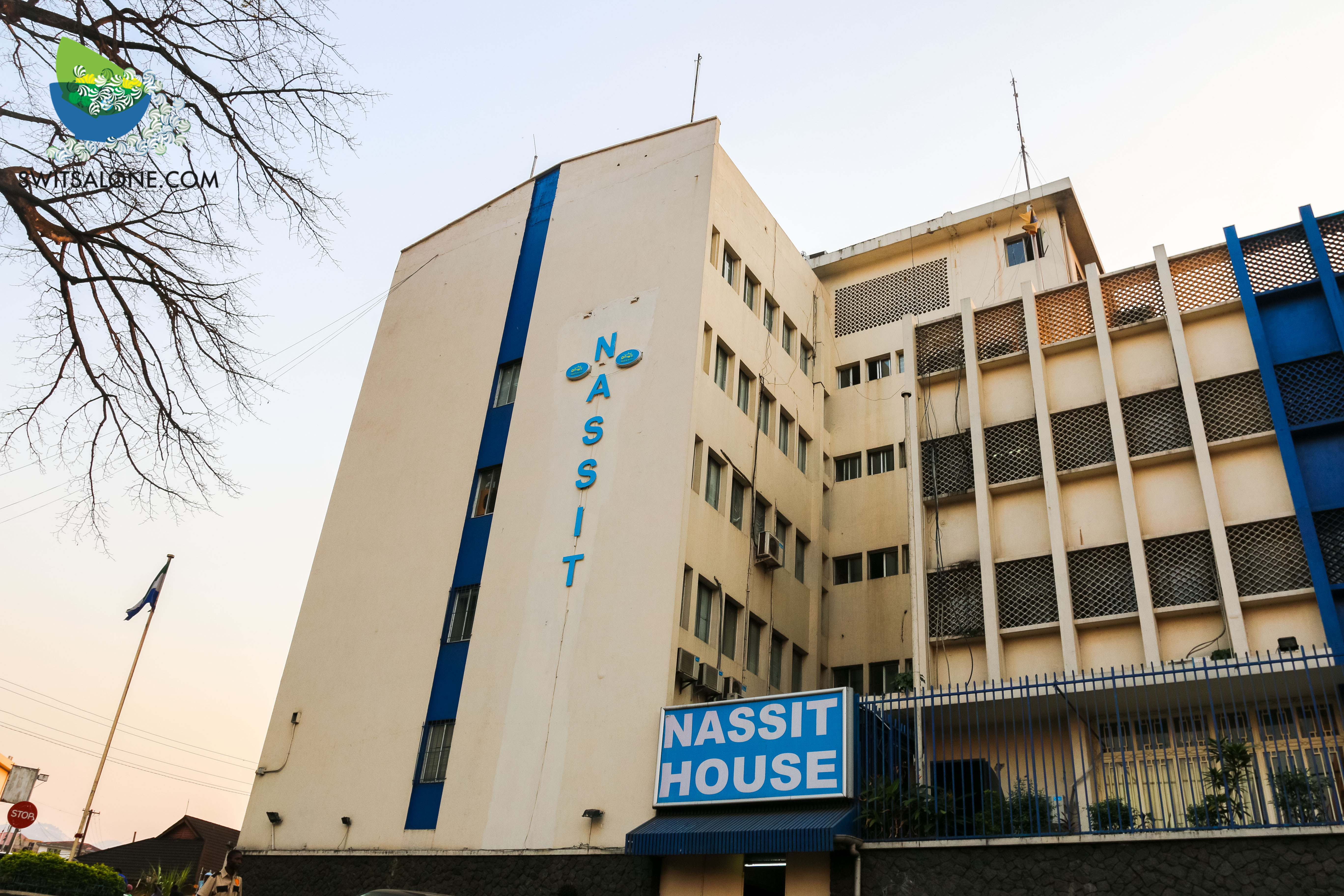 The Government of Sierra Leone (GOSL) has loaned $24 million from the national pension fund to complete  a failed city market project that has been in construction for over 5 years. Two weeks ago Bode Gibson, Mayor of Freetown, and Mr. Joseph Mans, the Director General of NASSIT were at the Sewa Grounds in the central business district of Freetown to mark the handover of the market project to NASSIT for completion. The public is expected to accept that this $24 million is a good investment of the pension fund although everything about the Sewa Market Project thus far provides evidence to the contrary.

When the market project was started in 2009, the Freetown City Council said it would house 250 stalls, and earmarked Le. 200 million almost $60,000 against the exchange rate in 2009 for construction. The aim of the project then stated was to provide a building to house petty traders, and hawkers from unmotorable streets like Sani Abacha and Malama Thomas.

“We are here to begin the construction of a market which by God’s grace will be an example in the sub-region”, said President Koroma as he turned the sod at the launch of the project back then. He promised the traders present that temporary structures were to be put up in 8 weeks to protect them from rains which would later be replaced by “a masterpiece shopping center”.

However, by 2010 when the Freetown City Council finally announced that the markets had been completed, they could not get a single trader to occupy any of the 348 panbodi stalls. In addition to the 348 temporary structures, the two permanent structures known as Blocks 1 and 2 had 286 stores, 3 canteen complexes, two multi-purpose hall,  and a warehouse. These two structures were also supposed to have electricity and toilets.

The council suggested that the traders who currently hawk rent free on the streets pay between Le. 2.5-Le. 3 million per stall. A rate the traders said they could not afford to pay.  Other traders said they were just not happy with the stalls because they were makeshift panbodi. They also said that the FCC had promised as far back as 2008 to build the market on Fisher Street, a location they said was more suitable for their trade.

When the former Mayor of Freetown Herbert Williams and his colleagues were indicted on 25 counts of corruption and misappropriation of funds, counts 20 and 21 were in relation to the construction of the never completed Fisher Street Market. Although they were not convicted on these two counts the Le. 879 million ($219,000) that were misappropriated in the name of the Fisher Street Market were never recovered.

A year ago the President asked the Minister of Finance to make Le 1 billion ($250,000) available for the refurbishment of the Sewa Grounds Market, this to add to the Le. 1.1 billion given to the FCC by the state in 2010. To date not a single person in government can tell you how much has already been allocated and spent on the Sewa Grounds Market.

The National Social Security Insurance Trust (NASSIT) is the biggest financial institution in Sierra Leone after the Central Bank. In the last 6 months alone the government has asked NASSIT to bail out two failing commercial banks by buying shares to recapitalize them. The public is being made to believe that it is NASSIT that the sought market project, when in actuality, just like in the case of the two banks, it is the government that is insisting that NASSIT make these “investments”.

When completed, a projected 2 years from now the new Sewa Grounds Market will be able to accommodate a parking lot for 400 cars, stalls for the 1700 petty traders on Sani Abacha Street, and a banking hall. Cathedral School will be moved to and rebuilt on AJ Momoh Street to make space for the parking lot. This new market we are told will be a state of the art shopping facility and for this the pension fund will spend $24 million.

That the scope of the project is now as big as $24 million, or Le 120 billion is cause for alarm. How did the government reach such a budget? What measures are being put in place to ensure that the mismanagement that has plagued the market thus far does not continue? Most importantly, how is it that in the middle of the worst health crisis to ever hit a nation without one modern medical facility that the government in all its sound judgement is choosing to use these funds to save a market in place of building a hospital?