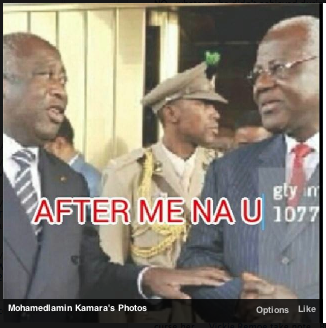 In this photo shared on Facebook Laurent Gbagbo is shown in conversation with Ernest. The meme reads “After me na u” which means “you’re next”

Did you know that CNN’s Isha Sesay founded...

KKY calls on Parliament to Probe into the...