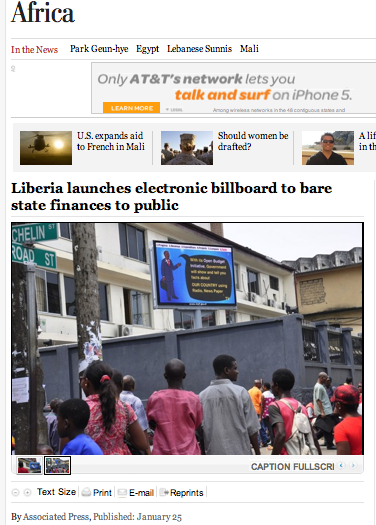 In Monrovia, citizens can now keep track of government spending with an electronic billboard funded by the US government. The billboard is part of a new Open Budget Initiative to increase transparency in Liberia. The display board was switched on by President Johnson-Sirleaf  last Wednesday in front of hundreds reports the Washington Post.

President Sirleaf was criticized last year for nepotism and corruption.